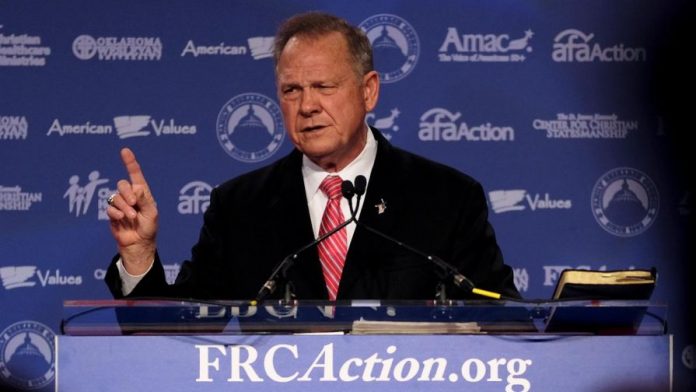 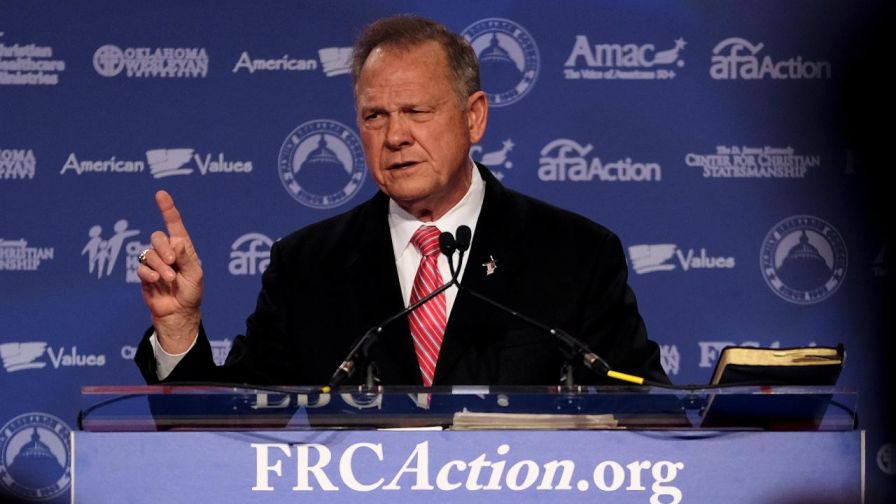 He’s argued that Muslims shouldn’t be able to serve in Congress; he promoted the conspiracy theory that former President Barack Obama wasn’t born in the U.S.; he said in a 2005 interview that “homosexual conduct” should be illegal.

But even still, Steven Taylor, a political science professor at Alabama’s Troy University, thought voters in the deep red state of Alabama could look the other way.

“In some ways, that Roy Moore has a very strong religious element to his politics is not substantially out of the mainstream for the state,” Taylor told Fox News.

Then, slightly a month before the special election, the Washington Post released a bombshell report of allegations that Moore had inappropriate sexual conduct with teenage girls while he was in his 30s. One woman alleged that Moore had her touch him in private areas when she was just 14.

Since the report, multiple women have come forward with allegations of sexual misconduct.

Whether Moore heeds the calls or faces further fallout from those in his party has yet to be seen. Read on for a look at the special Senate election to replace Jeff Sessions.

Called the “Ayatollah of Alabama” by critics who believe he too closely marries his political and judicial responsibilities with religion, Judge Roy Moore emerged as the leader of the Republicans vying for the Senate seat. In a special primary election last month, Moore defeated incumbent Sen. Luther Strange who was tapped to fill the position when then-Sen. Jeff Sessions became the U.S. attorney general.

Moore’s political past is mired in controversy, which he used to his advantage during the primary election. He was twice removed from Alabama’s Supreme Court. The first time, he was removed when he refused to move a boulder-sized Ten Commandments monument from the statehouse; he was permanently suspended in 2016 after he instructed probate judges to deny marriage licenses to gay couples.

The Supreme Court debacles worked in his favor given that Alabamians are generally very conservative and religious, Taylor said. And his refusal to bend to the federal government is in line with a “tradition” set in the state by the former longtime pro-segregationist Gov. George Wallace, he said.

“He’s very outspoken in a variety of ways,” Taylor said of Moore. “He’s a little more reflective of those more populist candidates we’ve seen of late, including the president.”

After Moore’s primary victory, Trump tweeted that he spoke to Moore “for the first time,” calling him a “really great guy who ran a fantastic race.” Many Trump supporters turned out to campaign for Moore during the primary, despite the president’s backing of a different candidate.

Moore’s judicial past took a backseat, however, when the Washington Post reported that four women accused Moore of engaging in inappropriate sexual behavior with them while they were teenagers and he was in his 30s.

Leigh Corfman, now 58, alleged that Moore first approached her in a courtroom in 1979 when she was 14 years old. Eventually, Moore took her to his house, took off her shirt and pants, touched her private parts and guided her hand to his underwear, she said. The two did not have sexual intercourse, and he took her home when she asked, Corfman said.

Since the Washington Post’s initial report, several more women have accused Moore of being sexually inappropriate. Two were teenagers at the time of the alleged assault.

Moore has vehemently denied the accusations, calling them “baseless” and “the very definition of fake news.”

“It seems that in the political arena, to say that something is not true is simply not good enough. So let me be clear. I have never provided alcohol to minors, and I have never engaged in sexual misconduct,” Moore said in a statement provided to Fox News.

He also told Fox News’ Sean Hannity that he “generally” didn’t date women who were teenagers when he was in his 30s and would not date someone without their mother’s permission. And Moore admitted it’s possible that he did go on dates with one of the accusers in the Washington Post report who said she was 17 when Moore kissed her.

“He’s very outspoken in a variety of ways.”

That line of defense is not “as strident or strong as one might expect,” Taylor said. “The question becomes: Does Mr. Moore come up with a more effective defense? Does he come up with a more coherent message to explain this story other than ‘fake news,’ although that does appeal to certain voters?”

Democrat Doug Jones leads Moore by 8 points, according to a Fox News poll released in mid-November. But the holidays and big Alabama football games before the election could distract voters from the fallout of the allegations, Taylor said.

A former U.S. attorney during the Clinton administration, Jones beat out seven other Democrats to secure the party’s nomination.

Senate candidate Doug Jones chats with constituents before a forum in Decatur, Ala.

“I may have the honor of serving Alabama as your senator, but the most important thing I have done is prosecuting those klansmen who killed 4 little girls at 16th St Baptist Church,” Jones said in a tweet earlier this month.

Because of his resume, Taylor said he is considered to be a “quality candidate” in the political science world. He is “someone who is credible and therefore competitive,” Taylor said.

“We’ve not seen a lot of quality Democratic candidates for Senate because Sen. [Richard] Shelby and Sen. Sessions, they were so strongly ensconced in their positions that the Democratic nominee was most often a more fringe candidate and not taken very seriously,” Taylor said. “Jones doesn’t fall in that category – he has a background as a prosecutor, he has linkage to Civil Rights prosecution for the bombers in Birmingham. This makes him a more serious and significant candidate.”

Even prior to the allegations of Moore groping a teenage girl, Democrats reportedly felt optimistic about Jones’ chances of winning in a historically red state. And after the allegations, some polls – such as the one produced by JMC Analytics – have Jones in the lead.

Jones has been endorsed by prominent Democrats, including former Vice President Joe Biden and Rep. John Lewis, D-Ga. His Twitter feed is riddled with photos of his campaign, from meeting with college students about student loan debt to events with community leaders.

Alabama House Minority Leader Anthony Daniels, D, encouraged Jones to “stay the course” and not get bogged down with the allegations against Moore.

Daniels also praised Jones for being “a fighter for his entire career.” He said Jones would bring “unity and civility” to the Senate and would work with lawmakers across the aisle to better Alabama.