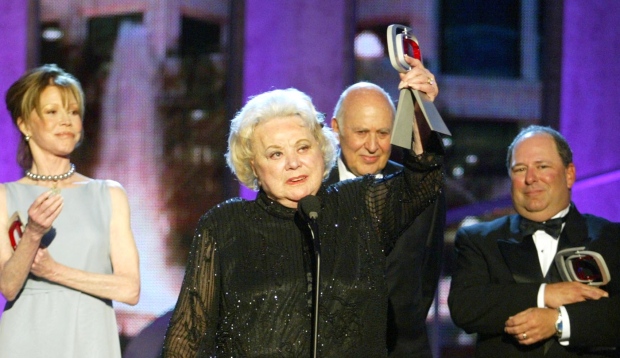 Rose Marie, who died Thursday at 94, chafed at being a supporting player in the shadow of Mary Tyler Moore’s fetching suburban housewife on the 1960s CBS sitcom The Dick Van Dyke Show.

But it was as feisty comedy writer Sally Rogers that Rose Marie stretched the narrow confines of how women were portrayed on TV in the mid-20th century. Rogers was an independent single woman who handled her job as adroitly as her male colleagues, and who dated but refused to pine away for romance.

Rose Marie was proud to have created a woman defined by her work, a rare sitcom character at the time who wasn’t “a wife, mother, or housekeeper,” she tweeted in 2017.

It represented one milestone in an extraordinary acting and singing career that started when she was a toddler, stretched over nearly a century and included success in theatre, radio, nightclubs, movies and TV.

Rose Marie had been resting in bed at her Los Angeles-area home when a caretaker found she had stopped breathing, said family spokesperson Harlan Boll. The cause of death wasn’t immediately disclosed.

“Heaven just got a whole lot funnier,” read the tribute posted atop a photo of her on her website.

The subject of the 2017 documentary Wait for Your Laugh, Rose Marie often claimed she had the longest career in entertainment history. It spanned some 90 years, with co-stars ranging from W.C. Fields (in the 1933 movie International House) to Garfield the cat.

The highlight for many was The Dick Van Dyke Show, the 1961-66 sitcom widely loved for its sophisticated writing, inspired casting and insightful view of the inner workings of the then new medium of television. Van Dyke starred as Rob Petrie, head writer for a hit comedy-variety show, and Moore, in her first major role, played his wife Laura. (Moore died in January at age 80). 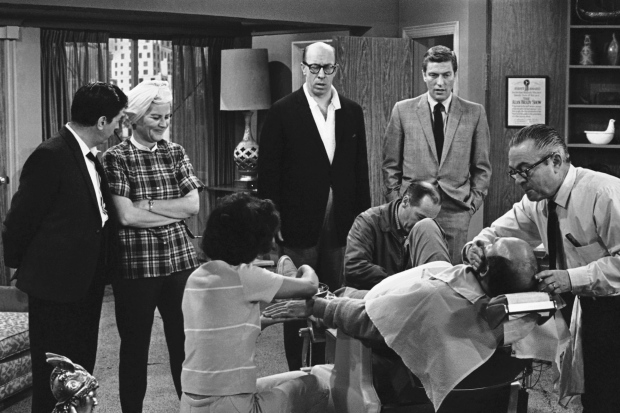 Rose Marie played feisty comedy writer Sally Rogers on the Dick Van Dyke Show. She tweeted that she was proud to have created a woman defined by her work. (David F. Smith/Associated Press)

The Dick Van Dyke Show not only was an ideal vehicle for her comic gifts, but was a showcase for her singing, with Sally belting out Come Rain or Come Shine and other old favourites during nightclub and party scenes.

The actress had conflicts with Reiner, resenting that Moore was given more prominence than her on the show. Reiner, speaking in Wait for Your Laugh, bluntly pushed back. “I used real strong language,” he recalled. “I said, `You both have beautiful legs. They wanna look at her legs.”‘

Decades in the industry

Nominated three times for Emmys, Rose Marie had yet to turn 40 when she joined the Van Dyke cast, but had been an entertainer for more than 30 years.

She was born Rose Marie Mazetta of Italian-Polish parentage in New York City on Aug. 15, 1923. When she was three years old, her mother entered her in an amateur talent contest in Atlantic City as Baby Rose Marie.

“My mother was terrified,” she recalled in a 1992 interview with The Associated Press. “But I went out and sang What Can I Say, Dear, After I Say I’m Sorry? and won the contest.” 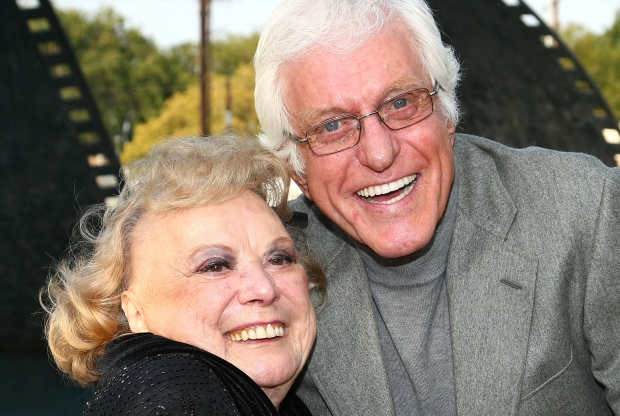 Rose Marie had been an entertainer for more than 30 years before she joined the cast of The Dick Van Dyke Show. (Alberto E. Rodriguez/Getty Images)

She began singing on radio and was a hit on The Rudy Vallee Hour. NBC gave her a seven-year contract and her own show, 15 minutes on Sunday. Her powerful voice gave rise to rumours.

“Stories went around that I was really a 45-year-old midget,” she remarked in 1992. “So they sent me on a year-round personal appearance tour of theatres across the country to prove that I was a child.”

Rose Marie sang in a series of movie shorts including Baby Rose Marie, the Child Wonder in 1929 and appeared on most of the vaudeville circuits until vaudeville’s demise. Among her friends was one of the country’s most notorious gangsters.

“My father worked as an arsonist for Al Capone,” Rose Marie told People magazine in 2016. “He used to burn down your warehouse if things weren’t going the right way, but I didn’t know that at the time. I was a child star and to me Al was my `Uncle Al,’ my mother used to cook for all these guys.”

In 1946 she married Bobby Guy, a trumpeter in Kay Kyser’s band and later on top NBC radio shows in Hollywood. They had a daughter, Georgiana. Guy was just 48 when he died suddenly of a blood infection in 1964 — a loss so devastating that Rose Marie wore black for a year and hesitated to take on work beyond The Dick Van Dyke Show.

One of her first outside performances was on The Dean Martin Show, when she performed the melancholy ballad Little Girl Blue.

“Then Dean sang (Smile), to me and I couldn’t help it, the tears began pouring down,” she recalled in her memoir Hold the Roses, published in 2003. “Then Dean kissed me and held me in his arms. It was quite a memorable moment.”

As Rose Marie (she never used a last name professionally), she enjoyed new fame on TV. Her surefire timing made her ideal casting as a supporting player and she appeared on The Doris Day Show, as the irreverent secretary to the star, and as Frank Fontana’s mother on Murphy Brown. For years she was a regular on the Hollywood Squares quiz show. 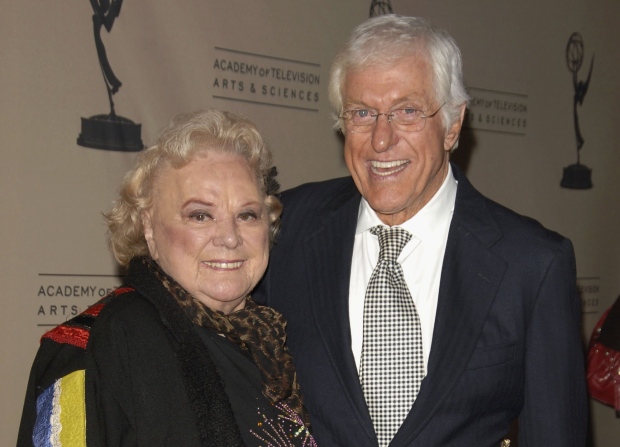 She joined with Rosemary Clooney, Helen O’Connell and Margaret Whiting in the late 1970s to tour in a hit nightclub act titled 4 Girls 4.

Rose Marie starred in the Broadway musical Top Banana with Phil Silvers, but her experience on the 1954 film version resonated decades later in the aftermath of the multiple allegations of sexual harassment against Harvey Weinstein.

A producer suggested that she would get more screen time if she had sex with him.

“And in front of everybody, I go, `You couldn’t get it up if a flag went by,”‘ Rose Marie, interviewed for Wait for Your Laugh, recalled saying. “Which didn’t sit too well with him. All my numbers were cut in the picture.”

She received a star on the Hollywood Walk of Fame in 2001. In 2017, she extended her reach to social media, her Twitter feed quickly attracting more than 100,000 followers.

“I was asked what I wanted my legacy to be,” she wrote in one tweet. “My answer, `That I was good at my job & loved every minute of it.’ I wish that for everyone.”

Rose Marie is survived by her daughter and son-in-law Steven Rodrigues.