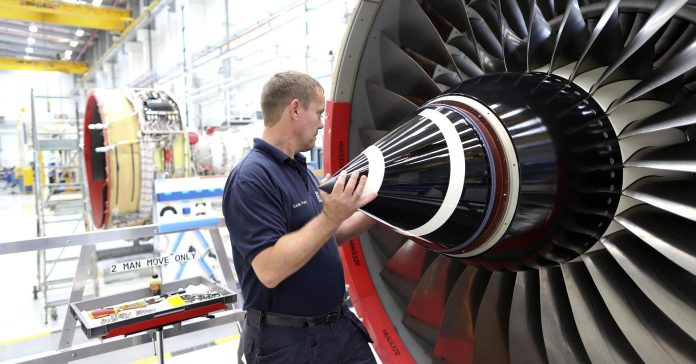 The aerospace engine maker, Rolls-Royce, said Thursday it has saved 7,000 jobs following a decision to upgrade testing facilities at its plant in Derby.

The U.K. firm is to spend £150 million ($192.8 million) on new and existing facilities as it looks to double its engine production and delivery.

“We are doubling the production of new engines at the same time as introducing three new engines to the market.

“With this investment, we are creating the capacity and flexibility to deliver on our goals, while committing to sustain employment in the U.K. and I would like to thank the unions for their support in delivering this important package of investment,” said Eric Schulz, Rolls-Royce President of Civil Aerospace in a statement.

Rolls-Royce said the investment in Derby would help to sustain more than 7,000 company jobs in the region.

Unite Union negotiator Simon Hemmings described it as a good news story for both staff and Rolls-Royce.

“The agreement we’ve reached shows how companies and trade unions can work together differently to deliver the investment and productivity improvements needed to secure the success of a business for the next generation,” said Hemmings.