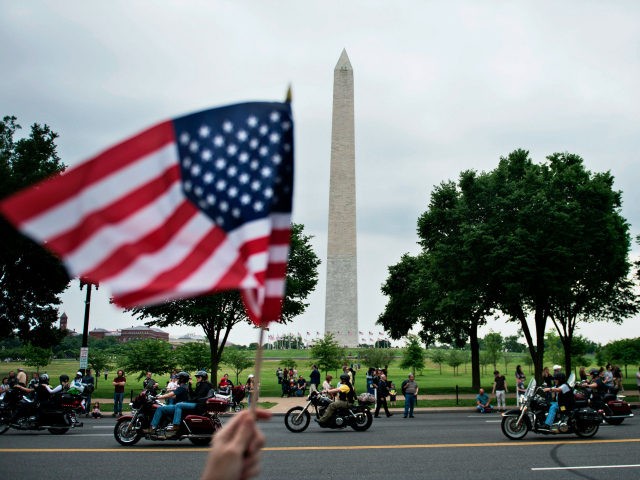 Thousands of motorcyclists from across the nation have flooded Washington, D.C., Sunday for the annual Memorial Day weekend tradition Rolling Thunder.

This year marks the 30th anniversary of the demonstration meant “to educate, facilitate, and never forget … service members that were abandoned after the Vietnam War” — a yearly display of patriotism, freedom, and respect for the men and woman who defend our country.

What a gorgeous start to the morning! Thousands of motorcycles fill the Pentagon parking lot for the #RollingThunder Ride for Freedom pic.twitter.com/9YV7cWBh0X

Crowd beginning to form at the main stage, braving the rain. @IAVA at #RollingThunder pic.twitter.com/SDIQwAKwfT

According to some estimates, approximately 900,000 participants and spectators are expected to be involved this year’s event.

Ride for Freedom. Thank you for riding for those who can’t. Never forget those POW/MIA?? #RollingThunder pic.twitter.com/BoBh8lT8JQ

You can find the official Schedule of Events here, and for a more historical look at the event, check out this powerful video:

Amanda House is the Deputy Political Editor for Breitbart News. You can follow her on Twitter at @amandaleehouse.