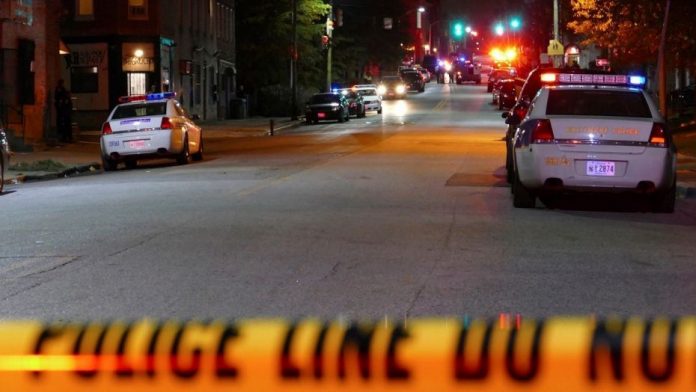 Baltimore police officers respond after a call went out that an officer had been shot, Nov. 15, 2017.

Police investigating the slaying of Baltimore homicide detective Sean Suiter have raised the reward for information leading to an arrest to $215,000, as key details of the killing remained uncertain.

Suiter was shot at approximately 4:30 p.m. Wednesday and died less than 24 hours later. Despite the ever-growing reward for information, no suspects have been publicly identified and no arrests have been made.

But Police Commissioner Kevin Davis said tips were steadily coming in, and detectives were following leads. Baltimore investigators were being assisted by federal agents.

Investigators said Friday that they had recovered Suiter’s gun from the gritty lot where he was shot, and have determined that it was fired more than once.

When asked if it was possible that the officer was shot with his own gun, Davis said authorities were “looking at every possibility.”

“We only recovered one gun from the scene. That doesn’t mean that there wasn’t a second gun,” Davis said.

An autopsy has not been completed for Suiter, an 18-year veteran of the department, the commissioner said. Suiter, 43, was shot in the head while working on a case in West Baltimore, a rough neighborhood of vacant lots and boarded-up row houses.

West Baltimore was the setting for much of the action in the gritty television series “The Wire,” which ran from 2002 to 2008.

Davis said the shooter, who investigators suspect was wounded in the confrontation with Suiter, was likely still in Baltimore. Police planned to cordon off blocks of the West Baltimore neighborhood where the shooting happened through the weekend because evidence was leading detectives there.

Officials say Suiter was a Washington, D.C, native who lived with his family in York, Pennsylvania, about an hour’s commute from Baltimore.