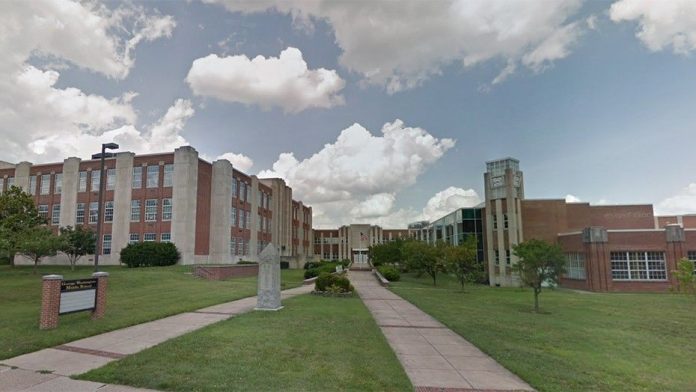 A school resource officer at George Washington Middle School in Alexandria, Virginia, accidentally fired his gun inside of the school on Tuesday while children were attending classes, officials said.

A school resource officer at a Virginia middle school accidentally fired his gun inside of the school Tuesday while children were attending classes, officials said.

The officer, who was not identified, “discharged his service weapon inside his office” at George Washington Middle School in Alexandria, police said in a news release.

He then checked for “potential injuries in the area” before informing staff members of the gunfire. Police said no one was hurt, and classes continued as normal.

The officer, a five-year veteran of the Alexandria Police Department, has been placed on routine administrative leave pending the outcome of an investigation.

Tuesday’s incident came amid a nationwide debate on the subject of arming school teachers.

Deputy Scot Peterson, of the Broward County Sheriff’s Office, was stationed at Marjory Stoneman Douglas High School in Parkland, Florida, as the school’s resource officer on Feb. 14 when a gunman entered a building on campus and killed 17 people.

It was later revealed Peterson never entered the building, despite hearing gunfire.