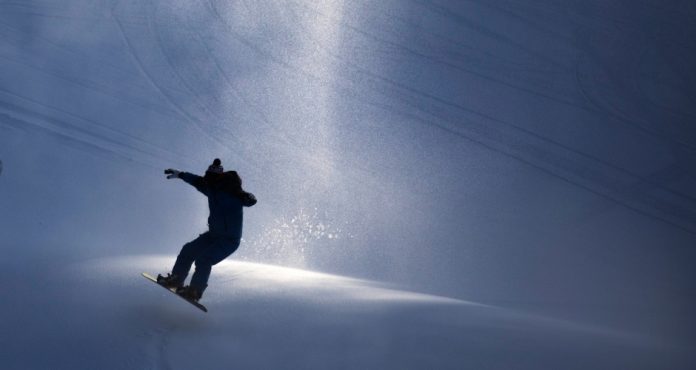 The bitter cold weather across Canada has also taken hold of much of the northern United States and was expected to stay put for days.

Two Minnesota cities have set record-low temperatures and a city in Pennsylvania continues to dig out from a record snowfall.

Forecasters warned of hypothermia and frostbite from arctic air settling in over the central U.S. and spreading east. 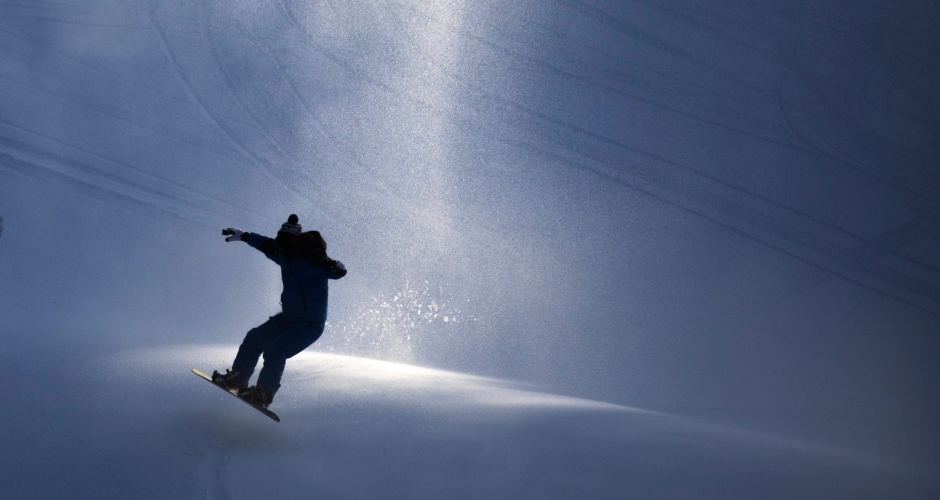 With temperatures hovering around -18 C, a few hardy souls celebrated the season, like this boarder at Buck Hill in Burnsville, Minn. (Brian Peterson/Star Tribune/Associated Press)

Wind chill advisories or warnings were in effect for much of New England, northern Pennsylvania and New York.

The National Weather Service also warned of severe wind chills in parts of northern and central Illinois and said the temperature in Maine will remain below freezing for more than 10 days.

Meanwhile, a storm brought 86 centimetres of snow on Christmas Day to Erie, Pa., an all-time daily snowfall record for the Great Lakes city, and another 67 centimetres fell on Tuesday. More than 157.5 centimetres have fallen on the city since Dec. 23. 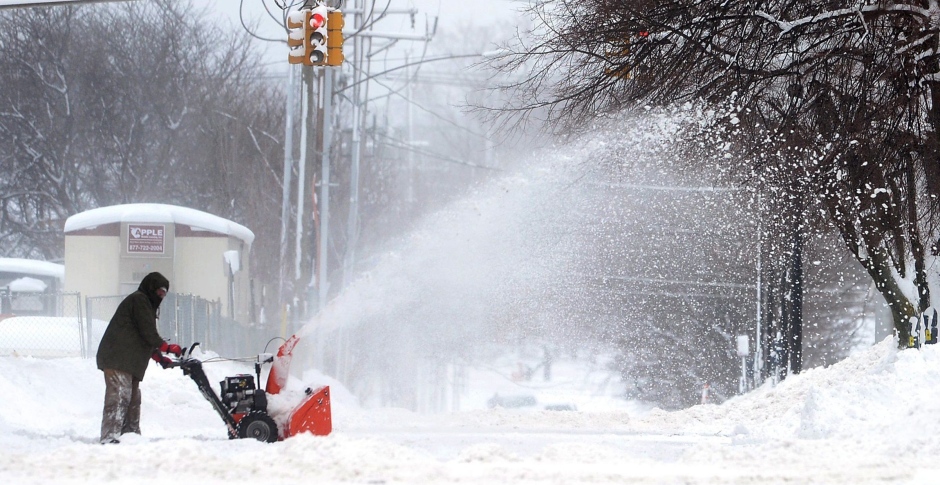 A man clears snow on Tuesday in Erie, Pa. The National Weather Service said Monday’s storm brought just over 86 centimetres of snow, an all-time daily record for Erie. About 67 more centimetres fell on Tuesday. It’s the largest two-day total ever in Pennsylvania, according to the weather service. (Greg Wohlford/Erie Times/Associated Press)

In Millcreek, outside Erie, it took Kathleen Palkovic and her 23-year-old son two hours to shovel out so Palkovic could make it to her waitressing job. The eight-kilometre drive to Dave’s Diner in downtown Erie took an hour. The 62-year-old Palkovic and the cook opened the restaurant at a little after 6 a.m. in icy temperatures.

“We’re dedicated people, I guess,” Palkovic said. Something else helped: “It took 800 milligrams of ibruprofen, after all that, to get me to work.” 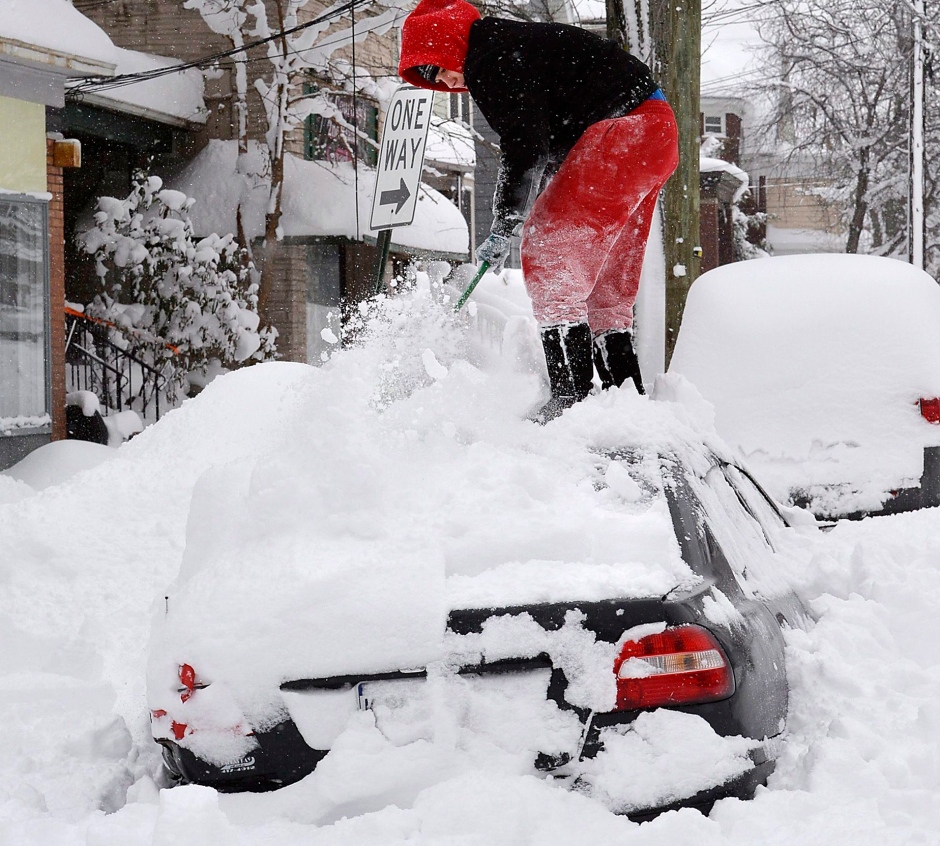 Soledda Hernandez stands on the roof of her car Wednesday as she brushes off snow in Erie, Pa., where more than 157.5 centimetres have fallen since Dec. 23. (Greg Wohlford/Erie Times-News/Associated Press)

Erie County executive Kathy Dahlkemper said things were under control as well as could be expected, considering the heavy snowfall.

“We’re used to a lot of snow here in Erie, but this is unprecedented, the amount we got,” Dahlkemper said.

The timing was good, since people were off the streets and staying home for Christmas, giving plows more space to clear streets, Dahlkemper said. 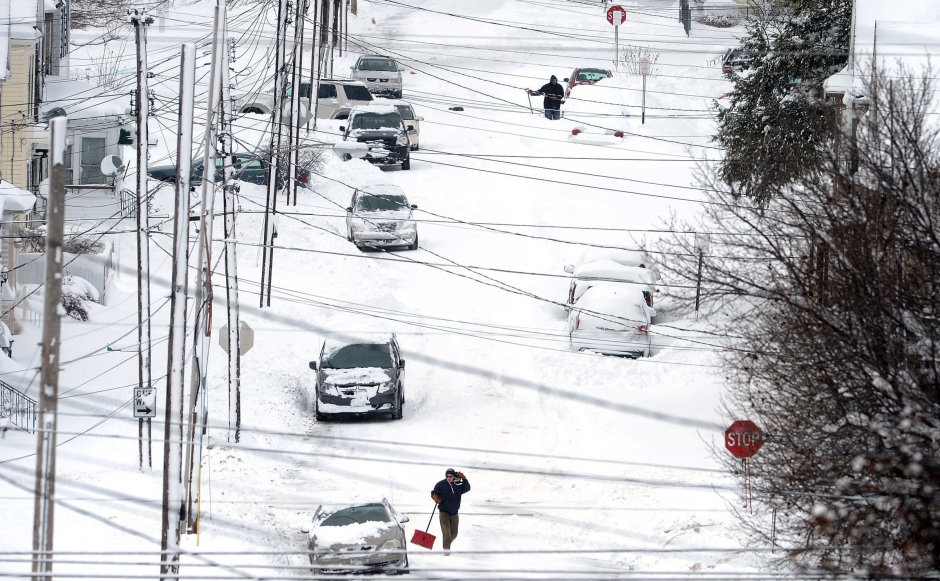 By Wednesday, Erie’s roads were relatively clear, emergency calls had been relatively slow and the big task was digging out, Dahlkemper said.

Weather also was being blamed for a Kansas accident that killed four people after the pickup truck they were in fell off a bridge on Interstate 70 on Tuesday.

In New York state, communities near Lake Ontario’s eastern end, including Redfield and Boylston, continued to dig out of 152 cm of snow that has fallen since Christmas Day. 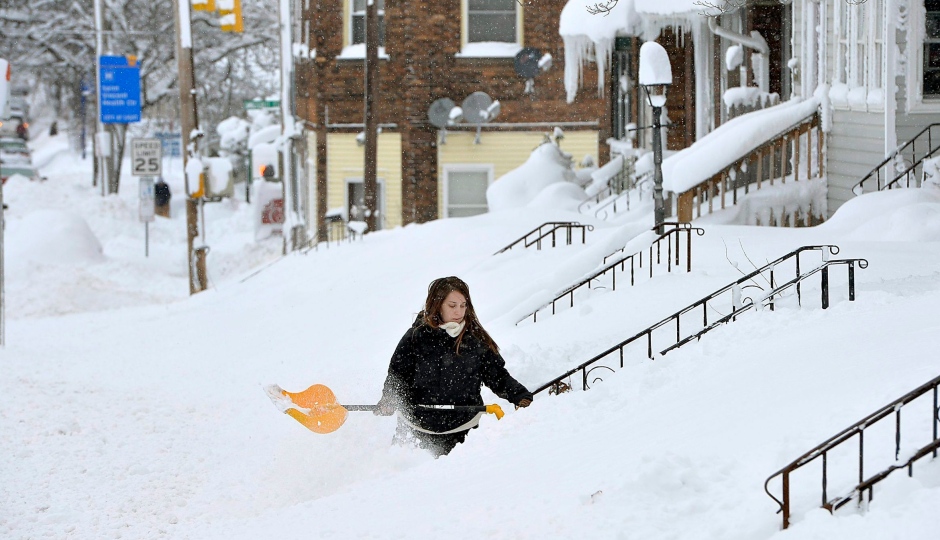