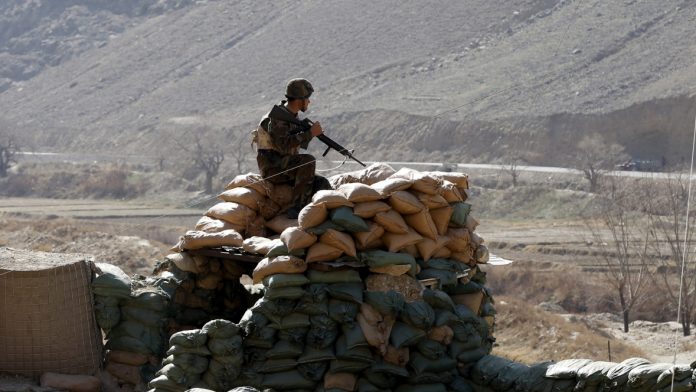 Daulat Waziri, spokesperson for the Afghan Defence Ministry, says the attack happened early Friday and five others were wounded.

The Taliban in a statement claimed responsibility for the attack and said 35 soldiers were killed and eight were arrested by the Taliban.

It was the third insurgent assault on soldiers in Afghanistan this week, including a Taliban attack Wednesday night in the Maiwand district that killed 13.