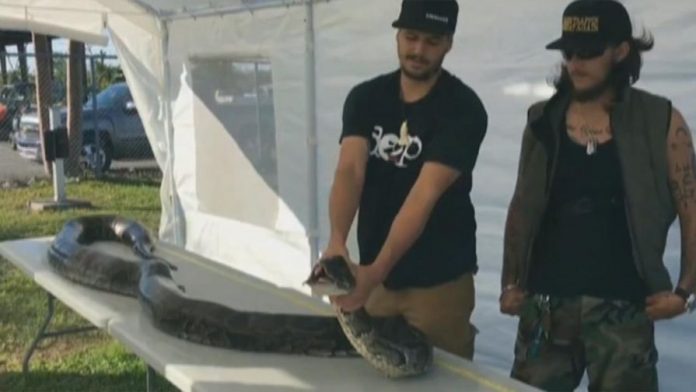 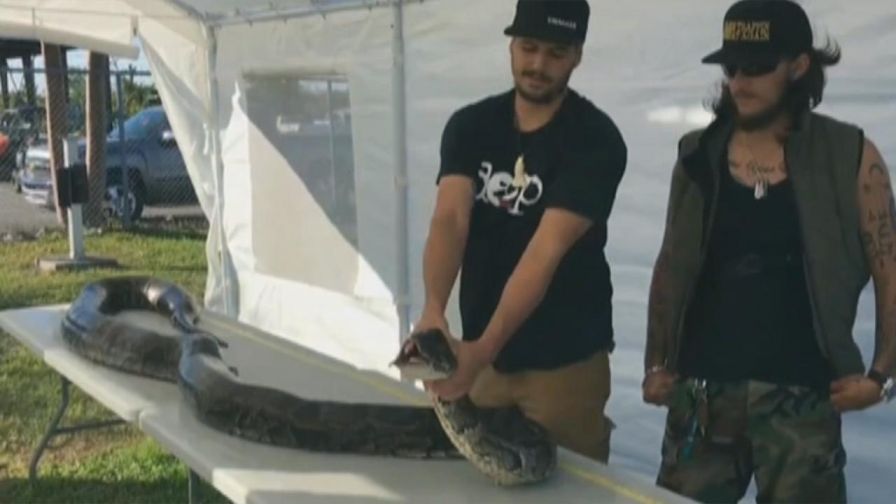 A python hunter snagged a record snake last weekend, reeling in a 17-foot behemoth in the Florida Everglades.

The 17-foot, 1-inch python, weighing 132 pounds, is the longest ever brought in for the agency’s Python Elimination Program. Leon also holds the overall state record with an 18-foot-8-inch python he caught in 2013. 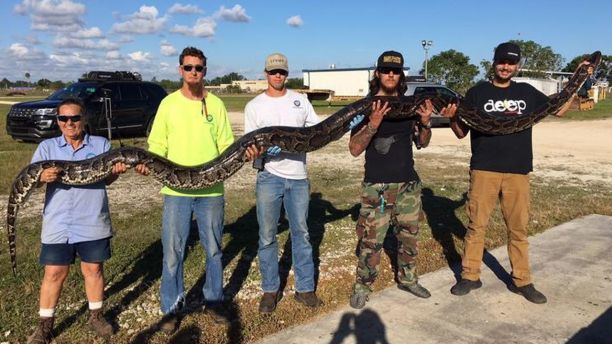 Leon said in a video posted by the SFWMD he spotted the female snake in submerged water, grabbed her and quickly shot her in the head while holding the snake. There was a smaller male python nearby, but he was not captured, Leon said. 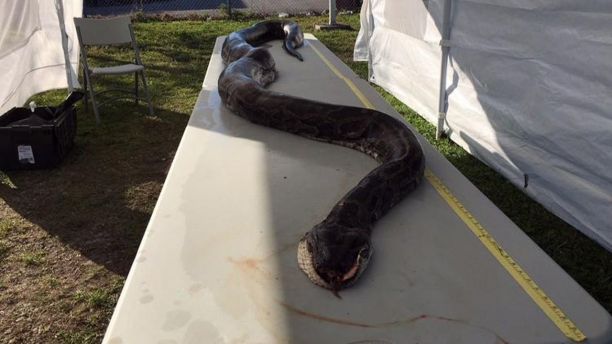 “We’re going to find a 20-footer tonight,” he joked after bringing the snake to the district’s field office in Homestead.

The catch on Friday toppled the previous record by Dusty Crum, which measured 16 feet, 11 inches, according to WSVN.

AS SNAKES INVADE THAILAND’S CAPITAL, IT’S FIREFIGHTERS WHO ARE COMING TO THE RESCUE

Since the program began in March, more than 730 pythons have been removed from the Everglades, according to the agency.

The district pays hunters $8.10 an hour as part of the hunt, plus a bounty for each snake caught, and plans to continue until its $125,000 budget runs out, The Miami Herald reported.