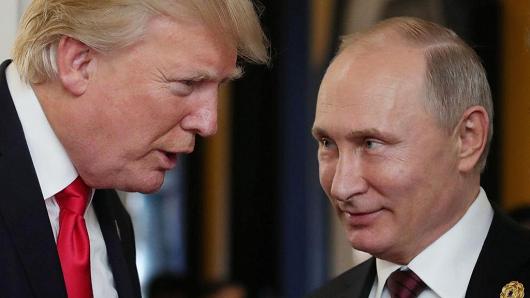 US President Donald Trump and Russia’s President Vladimir Putin at the APEC leaders’ summit on November 11, 2017.

Russian President Vladimir Putin told NBC News he “couldn’t care less” if citizens of his country meddled in the 2016 U.S. elections because they were not linked to the Kremlin.

In an interview with NBC, Putin denied U.S. charges that he was behind the interference in the elections which resulted in Donald Trump becoming President.

“Why have you decided the Russian authorities, myself included, gave anybody permission to do this?” asked Putin in the interview.

Last month, a federal grand jury has indicted 13 Russian nationals and three Russian entities for alleged illegal interference in the 2016 presidential elections, during which they strongly supported the candidacy of Trump, special counsel Robert Mueller’s office.

“So what if they’re Russians?” Putin said of the indictment. “There are 146 million Russians. So what? … I don’t care. I couldn’t care less. … They do not represent the interests of the Russian state.”