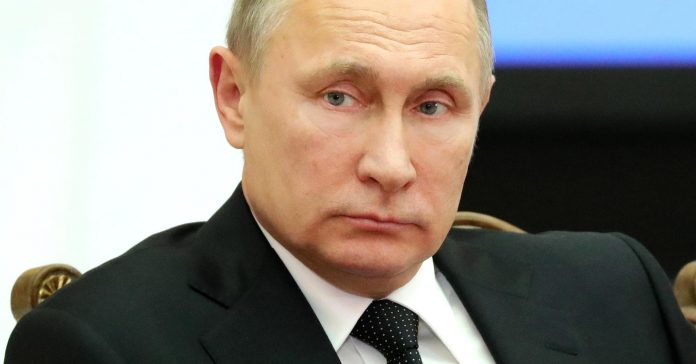 The Russian government says gross domestic product will increase by 2 per cent this year, but only 1.5 per cent annually in the following years. The World Bank expects only 1.3 per cent growth this year and 1.4 per cent in 2018 and 2019.

The Kremlin says the dim outlook is even becoming a security concern, with an economic security strategy approved this month citing slow growth, budget imbalances and widening income disparities as security risks.

Mr Putin’s advisers are showing varying degrees of ambition in their proposals. Although Mr Putin asked for comprehensive policy strategies and each politician is lobbying hard for his respective plan, Kremlin officials have said the president might cherry-pick individual measures.

Alexei Kudrin, one of Mr Putin’s most senior economic advisers, argues that modernising the bureaucracy, reforming the courts, rolling back the state’s role in the economy, and radically overhauling education and the labour market are indispensable. His strategy would entail far-reaching changes to the institutions of governance — leading many to think it is too political for Mr Putin to embrace in its entirety.

The Stolypin Club, a group headed by Boris Titov, ombudsman for entrepreneurial rights, has put forward proposals that steer clear of politics. But the group’s calls for a partial rollback of the flexible exchange rate system, a looser monetary policy and subsidised corporate loans call into question the key policies of the Central Bank, whose governor Elvira Nabiullina has earned Mr Putin’s trust by helping the country weather the storm of oil price shock and western sanctions.

Prime minister Dmitry Medvedev, meanwhile, has submitted a policy agenda that analysts call the most realistic and flexible but also the least ambitious of the three, since it largely entails minor tweaks in various sectors. Its one big structural reform idea is a proposal to cut employers’ social security contributions and raise value added tax, aimed at making Russian manufacturers more competitive and formalising parts of the large grey economy.

The government has clamped down on public discussion of its plan until after the election but internally, the cabinet appears to be moving ahead. “They are ready to push the button as soon as the election is over,” said an economist briefed on the issue.

Vladimir Nazarov, director of the Financial Research Institute, a think-tank backed by the finance ministry, says: “Russia is one of the five countries with the highest level of social security contributions for employers in the world.” He points to Germany’s success in making its exporters more competitive through labour market and social security reforms. However some experts caution that the plan may fail to improve productivity unless Moscow also makes the labour market more flexible.

Proposals by Mr Titov for improving the investment climate have broad support in the business community and government. But observers say his plan is discredited by his association with Sergei Glazyev, a presidential adviser who has floated radical ideas such as completely cutting Russia off from the dollar.

“There is no way that Putin would support something like that,” says Oleg Kouzmin, an economist at Renaissance Capital in Moscow. “Russia’s successful adaptation to lower oil prices has convinced him that orthodox macroeconomic policy works.”

So far Mr Putin is keeping his options open: he had his aides present their rival plans behind closed doors on Tuesday. But Mr Kudrin and Mr Titov have been sparring publicly. Mr Kudrin mockingly wrote last week that his competitors were behaving “like medieval alchemists [offering] to instantly turn heaps of lead into piles of gold”.

Mr Titov hit back. “Maybe somewhere, some day, when the conditions are right, the ‘institutions’ will improve,” he said of Mr Kudrin’s advice. “But here and now, everyone will just keep on stealing and taking the riches abroad.”