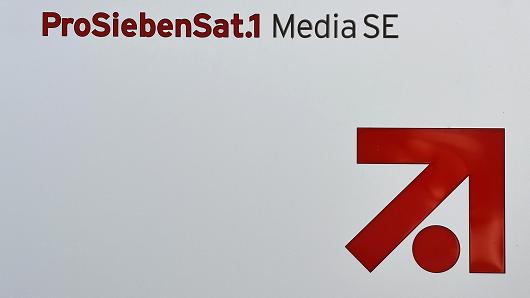 The logo of German television group ProSiebenSat1 is seen at the company’s headquarters in Unterfoehring near Munich, southern Germany, on March 9, 2016.

“The company will enter discussions with interested third parties regarding a potential co-investment in or business combinations with its content production and digital commerce businesses through their respective holding entities,” the broadcaster said in a statement late on Monday.

ProSieben has long been struggling to encourage viewers of its TV shows, such as “Germany’s Next Top Model”, to spend money and view ads on its online sites, which include Internet dating and travel agencies.

It said it was also looking into merging its TV advertising business in German-language markets with its Digital Entertainment division, whose activities include video-on-demand and online advertising, to cut costs.

More details would be disclosed on Nov. 9, it added.

Sources with knowledge of the talks told Reuters in June that ProSieben held informal talks with a number of peers about possible tie-ups over the past 12-18 months.

After a promising start, ProSieben’s streaming platform Maxdome has lost ground to U.S. online competitors such as Netflix and Amazon, and the German group has been aiming to defend its position in the media market by supplying its own content to its streaming rivals.