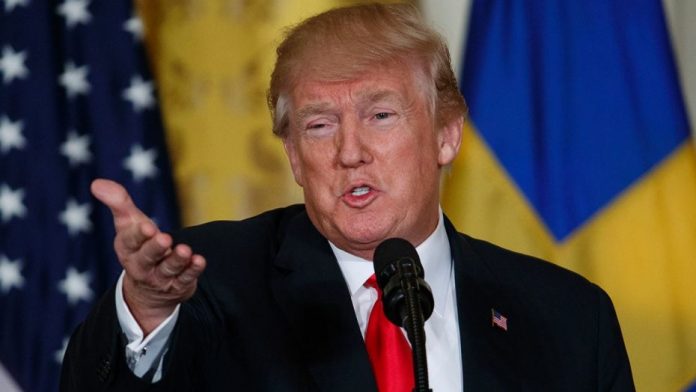 President Trump is expected to visit St. Louis to discuss the benefits of his Tax Cuts and Jobs Act on Wednesday.

After negotiating a savings of more than $1 billion on the order for the next Air Force One, President Donald Trump will visit a Boeing plant during a visit to Missouri next week.

Wednesday’s scheduled trip will be his third to the Show Me State since taking office — and first since passage of the Tax Cuts and Jobs Act, the St. Louis Post-Dispatch reported.

At Boeing’s St. Louis plant Trump is expected to talk taxes during what the White House described as a “roundtable discussion” focusing on the projected benefits of the tax bill, which the president signed into law in December, the newspaper reported.

Trump’s trip to the Boeing facility follows an informal agreement between the two parties on a fixed contract for the new Air Force One program.

“Thanks to the president’s negotiations, the contract will save the taxpayers more than $1.4 billion,” deputy White House press secretary Hogan Gidley said.

Trump had taken to Twitter in late 2016 to criticize the high cost of building the aircraft.

The new deal will be valued at $3.9 billion, down from the original estimate of more than $5 billion for two 747 jets, which will serve as presidential aircraft, and a development program.

Hawley has also been pursuing an antitrust case against Google, and his Senate campaign can help to amplify that effort, Bloomberg reported.

Wednesday’s event is billed as “invitation only,” though it will be open to media.

The president’s two previous Missouri visits were to Springfield in August and St. Charles in November while promoting his tax-reform plan, the Post-Dispatch reported.