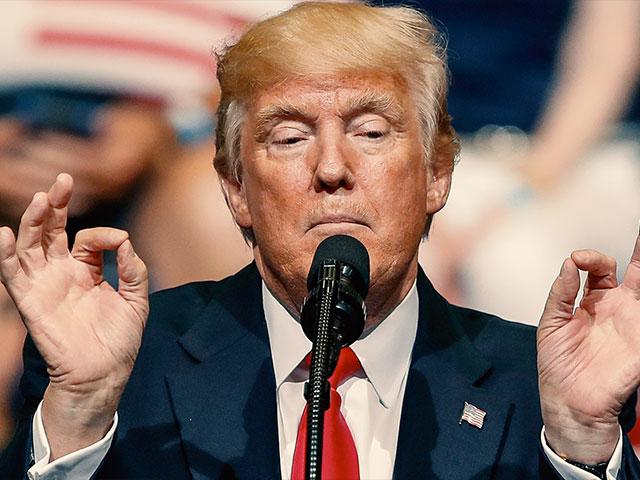 These lawbreakers in recent years were rarely deported and were often given light sentences.   And that’s allowed them to hurt Americans over and over again.

Now the President Trump, Congress and even some families of the victims are fighting back.

The president met in the White House with a number of such families Wednesday afternoon.

“They’ve had members of their family killed by illegal immigrants – people with multiple, in some cases multiple deportations,” Trump said.

He added, “You lost the people that you love because our government refused to enforce our nation’s immigration laws.   And that’s even the existing immigration laws, without new laws.”

The White House event was coming on the eve of the U.S. House taking up several bills to make life harder for criminal aliens and those who would harbor them from deportation or punishment for their crimes.

The occasion also came just after a number of these families of victims launched a campaign to make the public and lawmakers aware of their argument that illegals commit far too many serious crimes against Americans.

They released a short video that lists some of those crimes.  It states “Identity theft, burglary, assault, rape, murder.”  Then it announces who this group is that plans to battle these criminals.

“We are AVIAC…Advocated for Victims of illegal Alien Crime,” the video announces.

At this launch in the nation’s capitol, members of the group talked about how they lost their loved ones.

Like Maureen Maloney’s son Matthew, hit by a drunk illegal career criminal who then ran over Matthew’s body twice more.

“The unlicensed drunk criminal alien made the fatal decision to flee.  He ran over Matthew and Matthew became trapped under the truck wheel-well,” Maloney explained.  “Matthew was dragged over a quarter-of-a-mile to his death as panicked, horrified onlookers tried frantically to get the driver to stop.  The driver knew he was dragging Matthew, yet he continued to flee.”

“An illegal criminal three times the legal limit drunk and high on meth crashed head-on into my son’s car, killing him, after the illegal had traveled over 35 miles the wrong way on four different freeways in Phoenix,” Mendoza recounted.  “This illegal criminal had previously committed crimes in our country and was allowed to stay here.”

She pointed out, “All of our loved ones would still be here today if it wasn’t for the person who was here illegally.”

Rep. Steve King (R-Iowa) is a leading fighter in Congress against illegal immigration and he echoed Root’s theme.

“Every one of those lives that have been snuffed out by someone who’s unlawfully in America — illegal aliens — is a preventable death,” King stated.

AVIAC member Don Rosenberg, who lost his son Drew, thanked King for his years-long battle to get illegal criminals off America’s streets.

“If only Washington had listened to his warnings, many of us would not be here today,” Rosenberg said.

Brian McCann’s brother Denny was killed by an illegal alien driver on a Chicago street.

“And this kid just hit him — he was impaired — and dragged him several feet, almost an entire city block,” McCann recalled.

King points out a whopping 28 percent of the prison population are illegal immigrant criminals.

“Crimes are committed in greater numbers by illegal aliens in this country than they are by American citizens.  The GAO studies — at least two of them — prove that,” King said.

The lawmaker pointed out many more families will be saved from tragedies like these families have suffered if the illegal criminals are removed from the US or prevented from ever getting into the country in the first place.

Sabine Durden believes such enforcement could have saved her son Dominic.

“A previously-deported two-time felon illegally here from Guatemala decided our laws don’t apply to him,” she explained.  “He already had two felonies, two DUI’s on his record and he was still on probation for his last DUI.  The unlicensed killer turned left with his unregistered, uninsured truck in front of oncoming traffic and struck Dominic so hard that it threw my son into a wall.”

AVIAC’s main mission is to support other families suffering pain caused by the crimes of illegal immigrants.   And its members insist they’ll fight for tough legislation as they shine a spotlight on the high cost the country pays for letting illegal criminals stay free to victimize Americans.

As the group’s video puts it, “We are the families of victims of illegal alien crime, coming together as a united front, to promote American safety and security.”