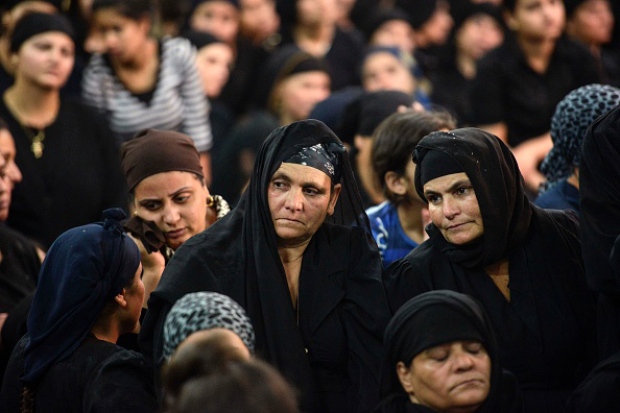 For the second day in a row, Pope Francis has expressed his solidarity with Egypt’s Coptic Christians following an attack on a bus carrying Coptic pilgrims to a remote desert monastery.

Francis led thousands of people in prayer Sunday for the victims, who Francis said were killed in “another act of ferocious violence” after having refused to renounce their Christian faith.

Speaking from his studio window over St. Peter’s Square, Francis said: “May the Lord welcome these courageous witnesses, these martyrs, in his peace and convert the hearts of the violent ones.”

Relatives of killed Coptic Christians grieve as they gather during the funeral at Abu Garnous Cathedral in the north Minya town of Maghagha on Friday. (Mohamed el-Shahed/AFP/Getty Images)

The group Islamic State in Iraq and Syria (ISIS) claimed responsibility for Friday’s attack, which killed 29 people and wounded 24 others.

On Saturday during a visit to Genoa, Francis prayed for the victims and lamented that there were more martyrs today than in early Christian times.