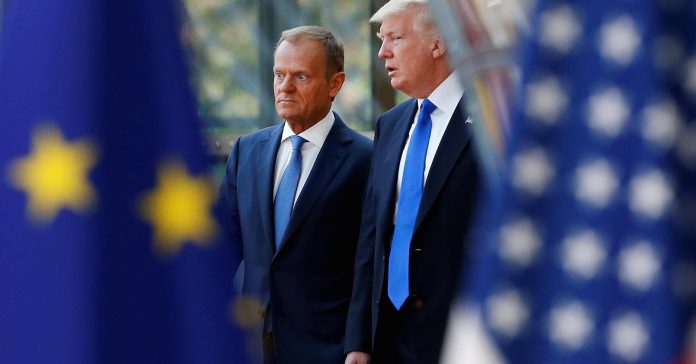 Plumbers could find they have an untapped line of business in modern politics, according to the European Council’s President Donald Tusk, who said the workmen would do a better job of preventing information leaks than some high-level diplomats.

“My impression is that today’s diplomacy needs professional plumbers rather than indiscreet diplomats,” Tusk said at a G-7 Summit press briefing in Sicily Friday.

His comments come hours after reports emerged in German media that U.S. President Donald Trump described Germans as “very bad” and threatened to block German auto imports to the U.S.

“I don’t want to be a part of this new political culture of permanent leaks,” told a room of journalists.

“There are too many leaks. I don’t want to comment on any leaks.”

It is thought that the comments from President Trump were leaked by participants seated within a talk among EU leaders in Brussels on Thursday.

Tusk and his counterpart from the European Commission, Jean-Claude Juncker, were among those in attendance. Juncker insisted at the press conference that the reports were exaggerated, and instead described the discussions with the U.S. president as “friendly, constructive.”

The European Council, like other EU institutions, however, has a well-documented history of leaking information to the press. One such recent leak was the disclosure of comments made by Juncker following Brexit talks with British Prime Minister Theresa May, in which he described her as living in a “different galaxy.”