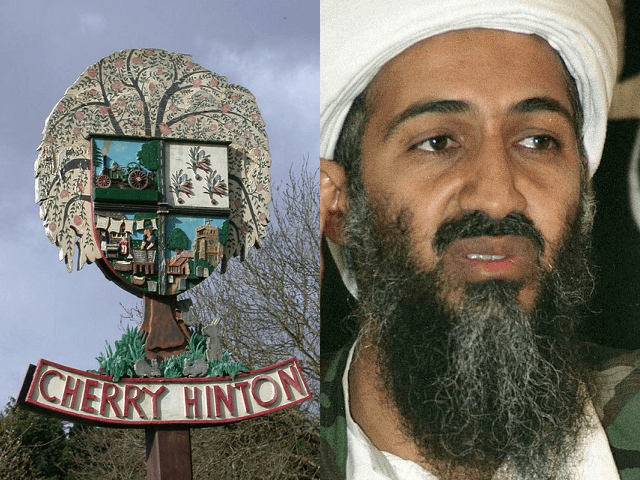 A British police officer was moved to activate her panic button after taking offence at a parody song making fun of former Al-Qaeda leader Osama bin Laden being played at a garden party, bringing in serious re-enforcements to a small English village.

The officer pressed the panic button on her body-mounted camera after being dispatched to a garden party in a picturesque Cambridgeshire village at around 10pm on Thursday and overhearing a song being played that mocked Osama Bin Laden. Responding to the call for help, the local force dispatched another ten officers and a police helicopter, Cambridge News reports.

It is alleged that in addition to the parody song making fun of the dead terrorist, party-goers were also shouting “anti-Islamic abuse”, a suggestion the partygoers deny.

Mark Donovan, who attended the party in the Cambridge village — which dates back to the time of the Domesday Book — spoke to the paper after the incident, and said: “We was having a summer’s evening in my neighbour’s garden as we don’t have one. We had our karaoke machine on playing music through our phones from YouTube which are all approved songs.

“It was about 10pm and the music may have been a little loud but it was before 11pm. Someone must have made a complaint, and a police officer attended our address, at which time a song from YouTube called the Bin Laden Song came on.

“This police officer said she took offence at the song and pressed her panic button on her body cam and that’s when about ten police turned up and the police helicopter.

“They are now investigating it as a racist crime. It is ridiculous.”

Police have seized the karaoke machine.