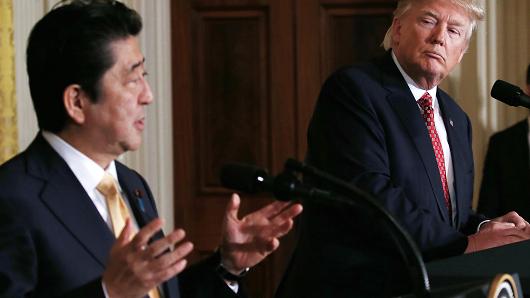 “As we agreed at the recent G7, the issue of North Korea is a top priority for the international community,” Abe told reporters in brief televised remarks. “Working with the United States, we will take specific action to deter North Korea.”

Abe said Japan will make utmost efforts to protect its people, while staying in close touch with South Korea and other countries.