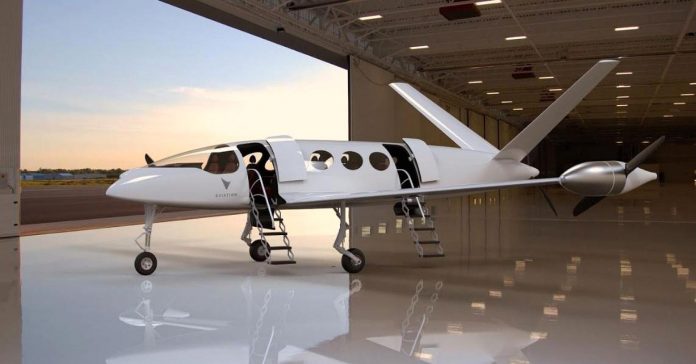 Bar-Yohay said his full-scale prototype aircraft, named “Alice Commuter”, should be ready for a test flight in early 2019. He said the next step would be ramping up to commercial production and explained that Eviation was founded inside a shell company in the U.S. in order to draw on public cash.

“The reason we did it this way is because we understood that we will have a great prototype and a really good story, way before we have a product,” he said.

“And the kind of millions that is needed to build this is significant so we are looking at the public equity markets as a sort of crowdfunding on steroids.”

Bar-Yohay said the firm had not yet asked the public for investor cash but that day was “coming soon”. This would be done through an initial public offering (IPO).

Airbus has also shown its hand in attempting to develop electric flight technology with its Efan project. Eviation’s CEO predicted that the European aerospace giant would likely display a “very interesting hybrid” at next year’s Paris Airshow and welcomed the competition.

“Efan has pushed at the door of what can be certified and that has allowed the groundwork to be done for our aircraft to be built. We will not need waivers or changes for our own certification,” he said.

Bar-Yohay also pointed to lightweight materials developed for the Boeing 787 and Airbus 350 that were helping his own project get off the drawing board and into the air.

South Korea’s Kokam was signed up as a battery supplier in February. Eviation has said the battery, distributed through the plane, will account for as much as 60 percent of the maximum takeoff weight.

“If you take state or art lightweight material and best batteries and accept that you are traveling slower, lower and for shorter distances, you can do it,” said Bar-Yohay .

The Eviation CEO said obvious markets for short regional air travel existed in the United States and the United Kingdom where a high number of small airfields were already in place.