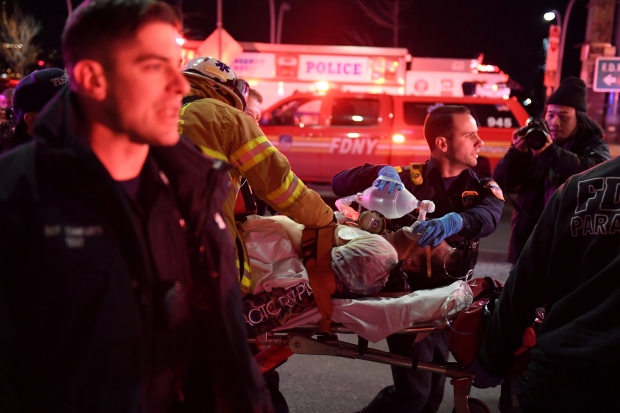 U.S. investigators probing a deadly helicopter crash in New York City’s East River want to speak with the pilot who warned of engine failure before the chartered aircraft crashed into the icy water, killing all five passengers.

National Transportation Safety Board officials on Monday said they are also looking into why the floatation devices installed on the helicopter did not stop it from sinking and whether the harnesses used to secure passengers on the sightseeing photography tour contributed to their deaths.

“Shortly before the crash, the pilot radioed ATC, air traffic control, declaring an emergency due to engine failure,” Bella Dinh-Zarr, the NTSB board member leading the probe, told reporters near the site where the Eurocopter AS350 chartered by Liberty Helicopters of New Jersey was pulled from the water on Monday.

“We have not yet spoken with him yet. We hope to be able to,” Dinh-Zarr said, adding that she was unable to confirm news media reports, citing unnamed law enforcement sources, that the pilot told investigators a passenger’s bag may have accidentally activated the helicopter’s emergency fuel shutoff switch.

Paramedics and members of the New York Fire Department perform CPR on a victim of a helicopter crash in New York on Sunday. (Darren Ornitz/Reuters)

Commercial helicopters typically have the switch in case the engine catches fire, according to Jeremy Conley, a flight instructor at Helicopter Flight Training Inc. in Ronkonkoma, New York.

At least two of the passengers were dead when rescue divers got to the scene, officials said. The other three, who had to be cut from their safety harnesses, were declared dead at the hospital.

Vance freed himself from the wreckage and was later discharged from a hospital.

Cadigan shared a video on his Instagram social media account of what appeared to be himself and others smiling and laughing as they took off in the helicopter on Sunday evening.

McDaniel, a firefighter who had worked for the Dallas Fire-Rescue Department since 2016, was visiting his high school friend Cadigan, a journalist who hailed from Dallas but had recently moved to New York.

“[McDaniel] decided he wanted to help people” and set out to do it, said Cole Collins, a childhood friend from Dallas. “He didn’t care about being a flashy person or making a lot of money.” 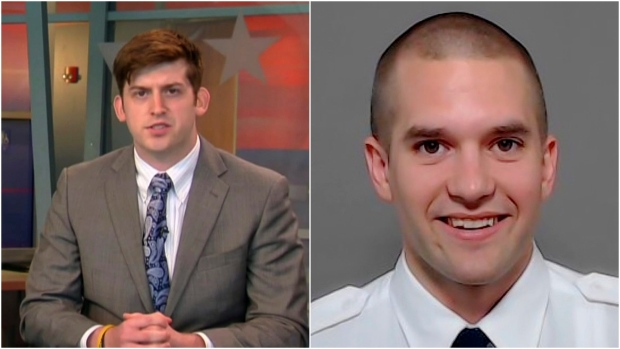 Trevor Cadigan, left, had worked as a video journalist in Texas and New York. Brian McDaniel, right, was a firefighter in Dallas. The two friends were among five who died in a helicopter crash on Sunday. (WFAA via AP/Dallas Fire-Rescue via AP)

Cadigan was a “smart, talented, and ambitious young journalist and producer who was well-liked and made a big contribution,” said the publication Business Insider, where he had recently done an internship, in a statement.

Blanco was a tourist from Corrientes, Argentina, who’d been in New York for a few days, said her country’s consul in New York, Mateo Estreme.

Hill, who was engaged to be married, was most recently working at a sightseeing tour company but had previously been a basketball operations assistant with the Westchester Knicks, an affiliate of the New York Knicks.

He “brightened every room he entered, with a contagious smile and an unparalleled enthusiasm for life,” the team said in a statement.

Thompson is believed to have recently moved to New York for work, according to the New York Daily News, but little else is known about him.

Helicopter to be examined

A floating crane slowly raised the submerged helicopter to the surface Monday and towed it off to be examined, as Democratic New York Sen. Chuck Schumer said federal regulators should suspend flights by the helicopter’s owner until the facts of the crash are known.

Liberty Helicopters said in a statement it was “focused on supporting the families affected by this tragic accident,” adding that it was co-operating with investigators.

The company has been involved in at least two other crashes, according to news accounts. They included a midair collision with a small plane in August 2009 over the Hudson River that killed nine people and in July 2007 when a helicopter went down in the Hudson with a pilot and seven passengers aboard. All of them survived.