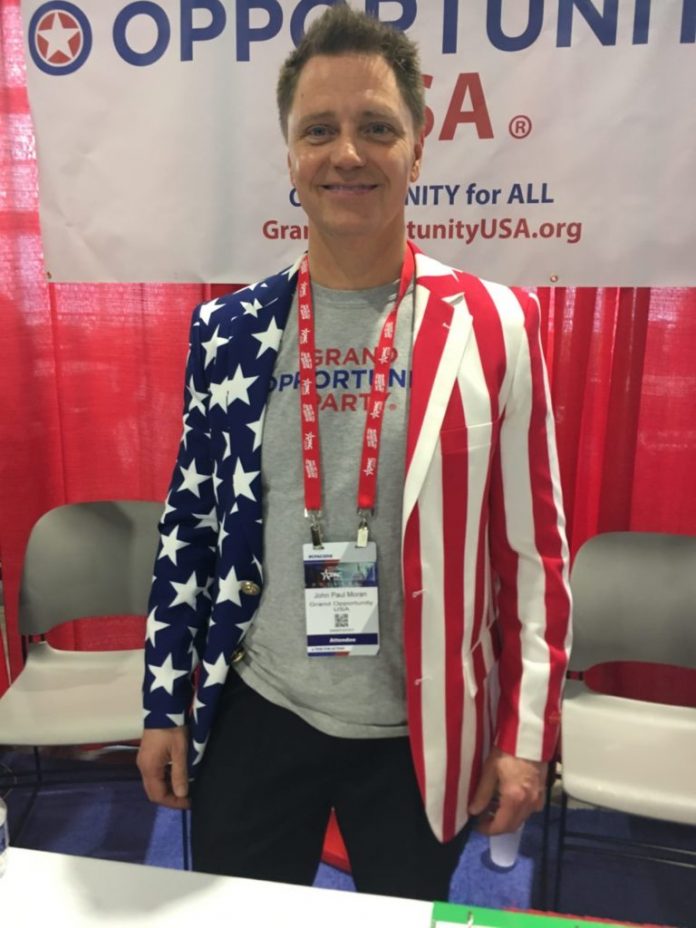 Thousands of attendees coming to the Conservative Political Action Conference (CPAC) come dressed in their finest outfits. Many attendees donned traditional suits while others went for bold, patriotic looks.

Here are some of the best dressed CPAC attendees and the inspirations for their outfits: 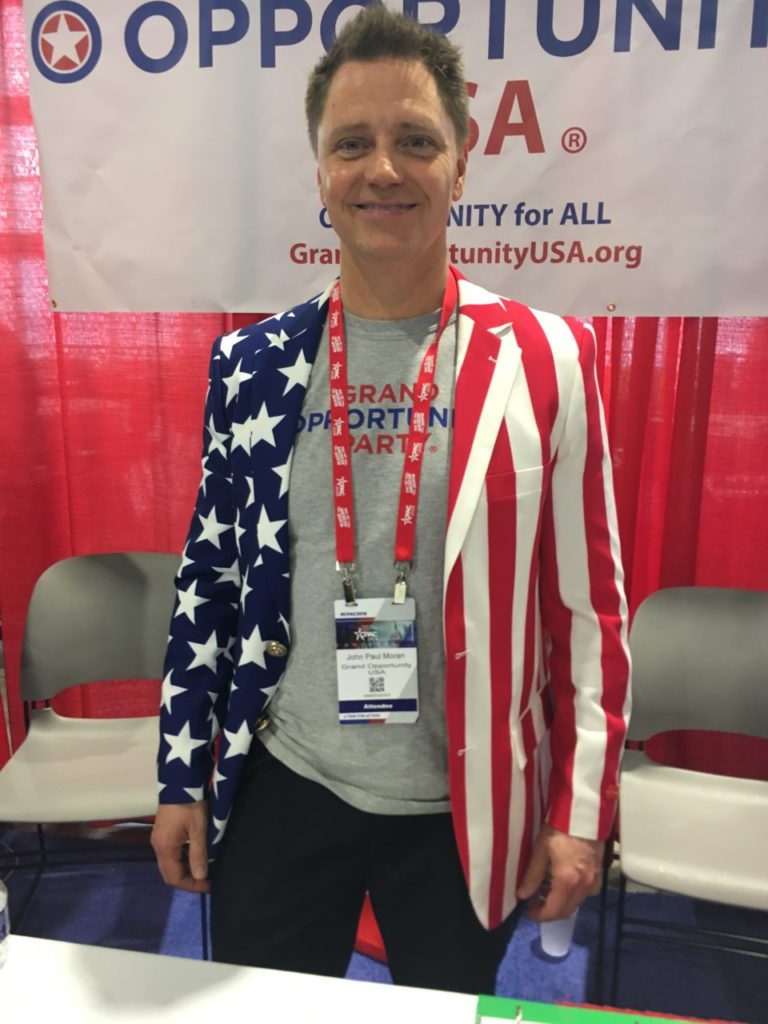 John Paul, of Grand Opportunity USA, said he chose his “Captain America-style” jacket — which he affectionately called his “Captain Opportunity jacket” — to show that the GOP is full of opportunity for the next generation. 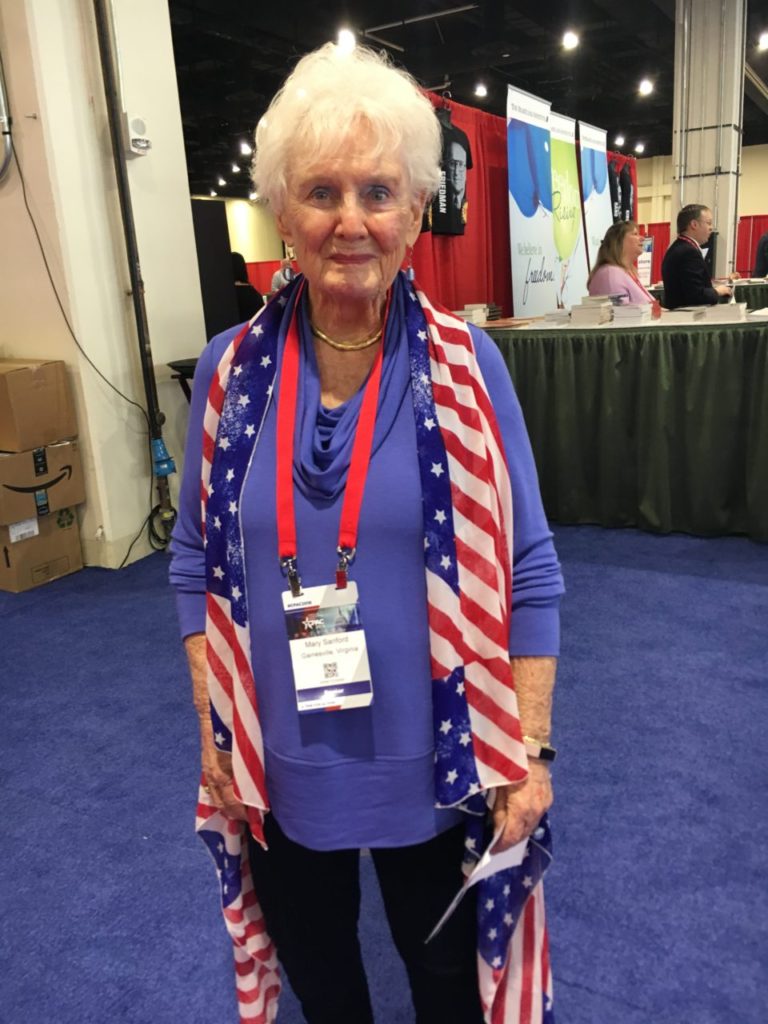 “It all started with my daughter who got involved with Honor Flight,” Mary Sanford said of her patriotic scarf. Her scarf tradition runs in the family too — her daughters have the same long scarf. 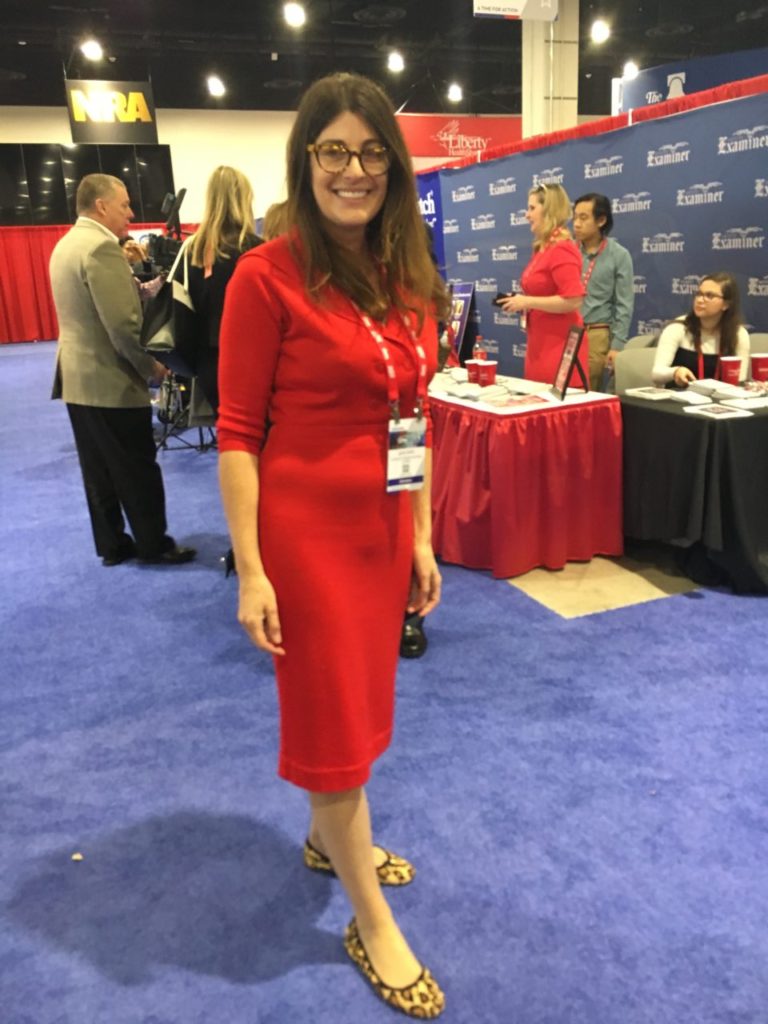 Gina Dodd, Grand Opportunity Party USA, wore a red dress from Italy in memory of her late mother, who loved fashion and was “the Jackie Kennedy before Jackie Kennedy came along.”

“I remember her being so blown away by Donald Trump when we were younger,” Dodd said of her mother, adding that her mother “wanted Trump to run for president when the election came along.” In addition to the dress, she also wore comfortable, leopard-print flats. 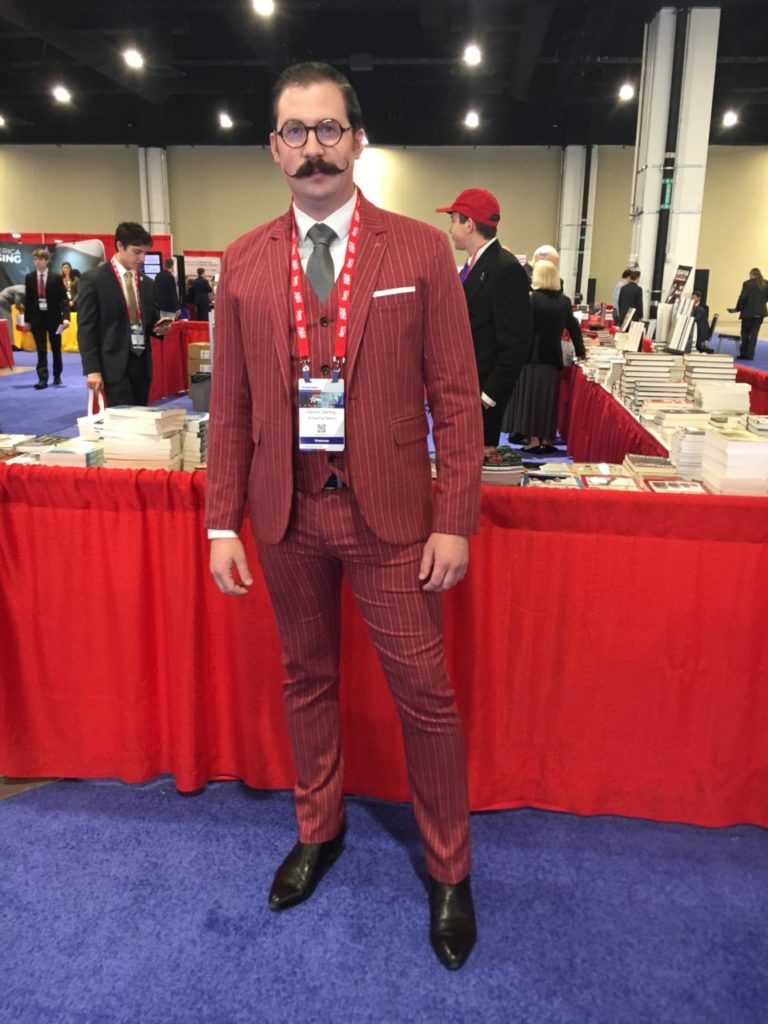 “There’s a lost art to making a powerful first impression,” said Darwin Darling, an Army veteran who served in Iraq and Afghanistan.

Darling donned a red, custom-made pinstripe suit and vintage glasses with frames he purchased from an antique store. 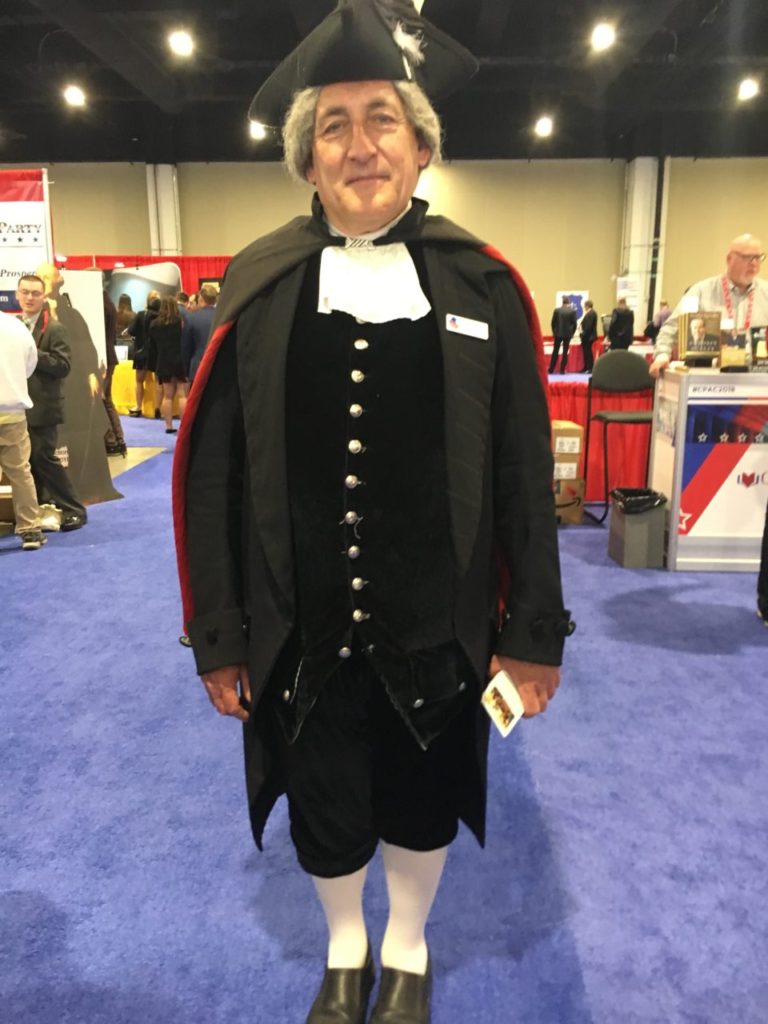 A man who only wished to be known as “George Washington” told Breitbart News that he donned his black colonial suit to “emulate” our country’s first president, adding that he wore his outfit to get “people to love and learn this Constitution.” 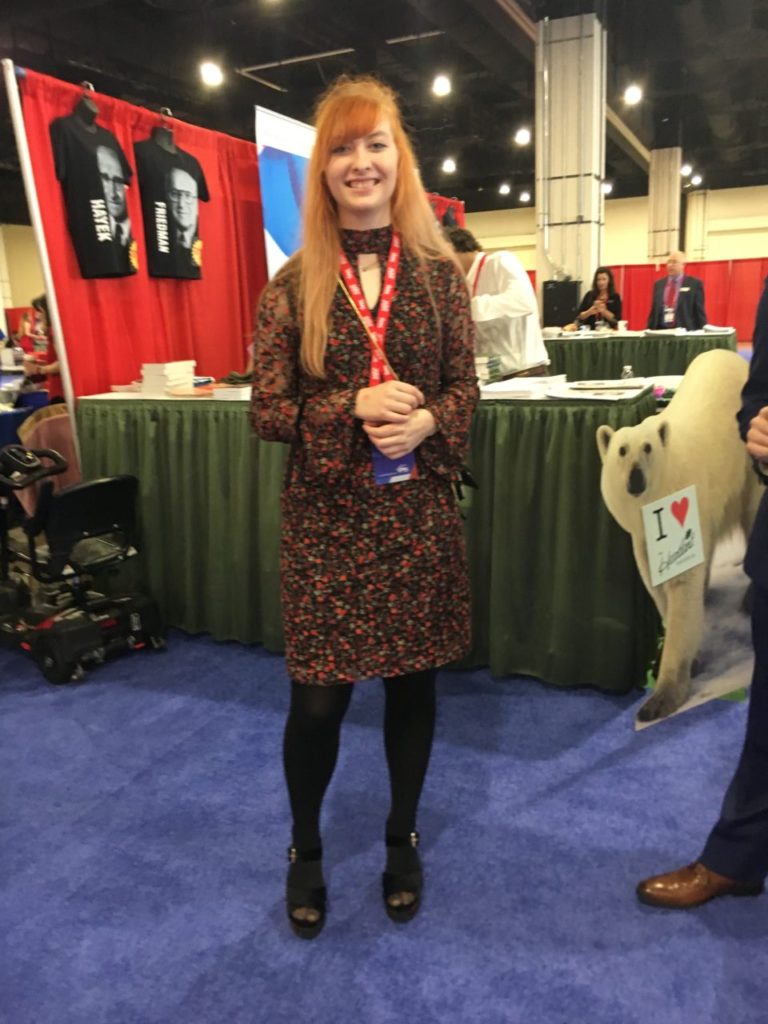 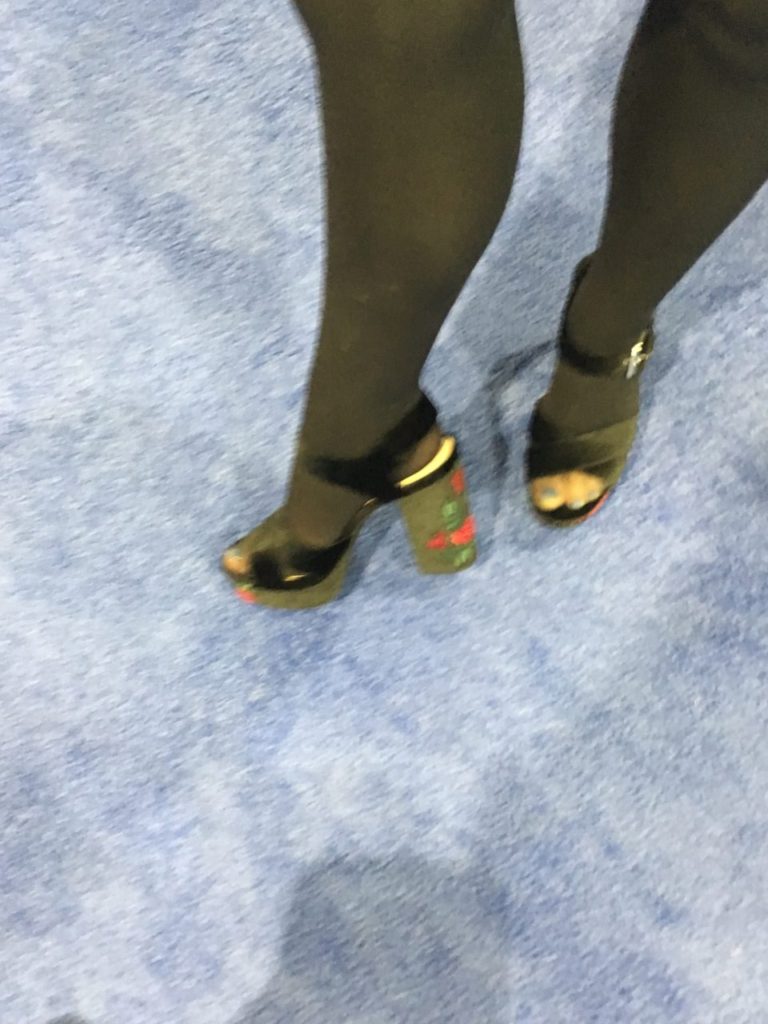 Faith Elert, of Ashland University, said she went for the “floral, fall conservative theme” with her outfit from JCPenney. Also pictured: matching floral-print shoes from JCPenney. 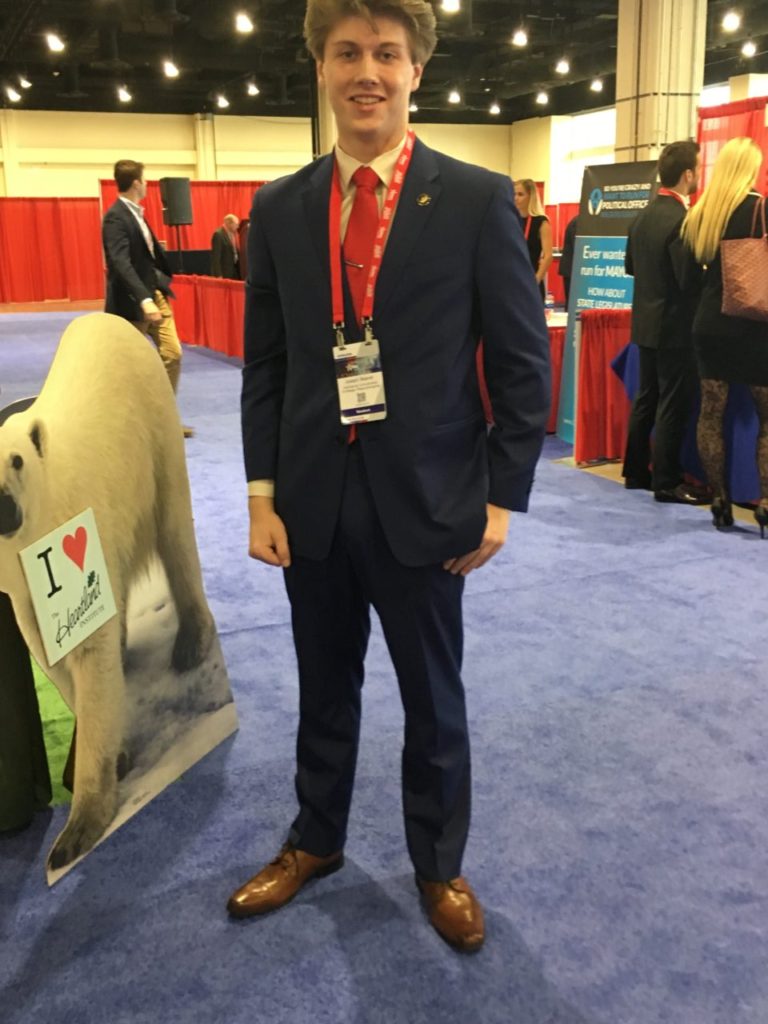 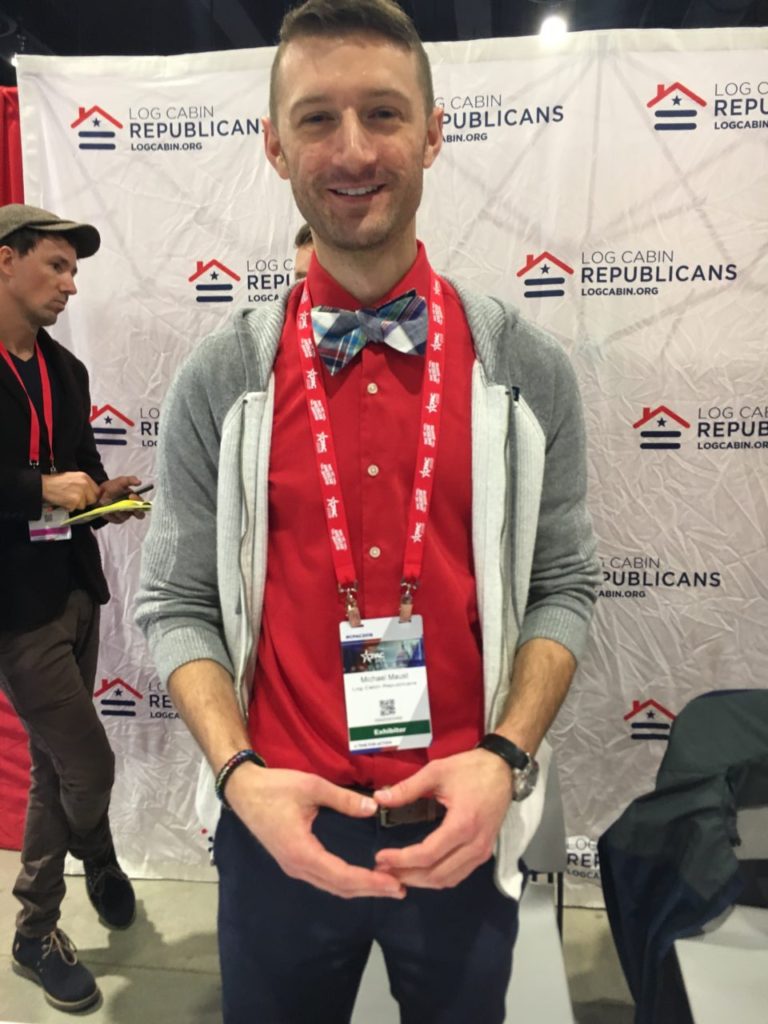