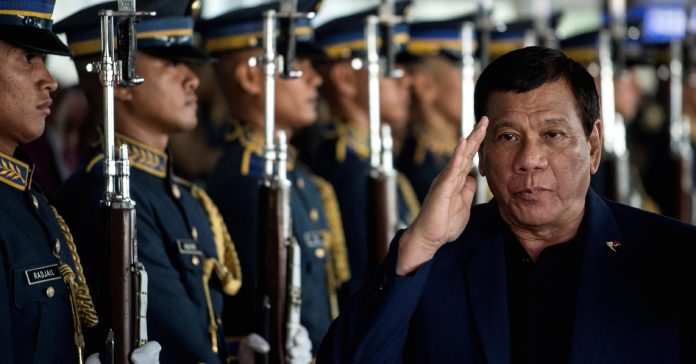 Police are thought to have killed more than 4,100 people since Duterte took office in May 2016 and rights groups allege approximately 8,000 others have been murdered during the country’s war on drugs. The Philippines has consistently said its legal processes are functional and independent, while the country’s police deny allegations of murder and cover-ups.

Duterte’s contentious bid to clamp down on illegal drugs has long been a source of international alarm, with several countries and UN officials condemning the campaign.

On Friday, the UN’s High Commissioner for Human Rights said the maverick former mayor was in need of a psychiatric evaluation. Speaking at a news conference, Zeid Ra’ad al-Hussein said Duterte’s attacks on human rights activists were “unacceptable” and should not continue “unanswered.”

According to the ICC’s guidelines, a pledge to withdraw from its organization would only become effective one year after the initial notification. The Philippines is currently under the jurisdiction of the ICC as a result of it being a member, while withdrawing from the group does nothing to change its jurisdiction retroactively.