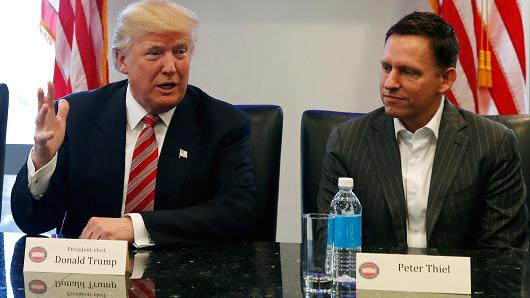 Prominent Silicon Valley investor Peter Thiel spent just 12 days in New Zealand over the course of five years before the country allowed him to become a citizen, according to documents the country’s government released on Wednesday.

Thiel, who was born in Germany and has citizenship there and in the U.S., petitioned for New Zealand citizenship citing “exceptional circumstances” that would be in the public interest.

But Thiel did not meet all requirements for New Zealand citizenship. Having received permanent residence in the country in 2007, he was supposed to have spent at least 1,350 days there in the five years leading up to his citizenship application, according to documents made available under the country’s Official Information Act.

The government officials pointed to multiple instances of Thiel looking to do more in New Zealand. For example, they noted that Thiel representatives talked with New Zealand’s MInistry of Science and Innovation officials about forming a technology company incubator in the city of Auckland, as well as a San Francisco “landing pad” for New Zealand entrepreneurs going to the U.S.

“As a world-class entrepreneur Mr. Thiel believes that with the right support New Zealand can achieve a place at the top of the world’s list of best countries for entrepreneurs,” the Department of Internal Affairs officials wrote.

Thiel is a cofounder of Founders Fund, which has invested in Airbnb, Lyft, Spotify and Stripe, among other companies. He is also an advisor to President Donald Trump. A Founders Fund representative did not respond to a request for comment.