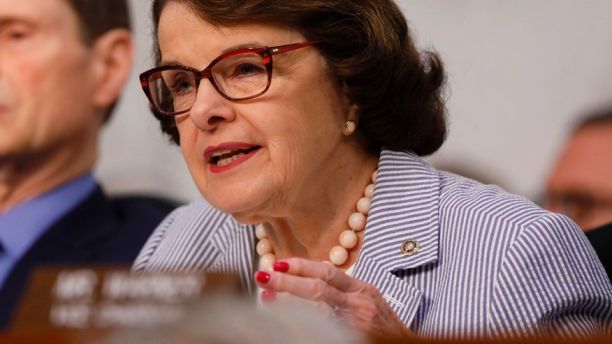 Washington Democrats appear to be taking their Wild West approach to the 2018 congressional primaries to new heights as Nancy Pelosi calls it an “exhilarating thrill.”

The Democratic Party needs to win 24 House seats to take control of the chamber, but they have been split on several races and has totally avoided California’s testy Senate race.

The divisive situation is most glaring in the Texas congressional race: The Democratic Congressional Campaign Committee, whose mission is to elect and reelect party members to the chamber, openly opposed Laura Moser.

Moser was among the Democrats who ran in this week’s 7th Congressional District Democratic primary. Despite the committee’s criticism, she advanced to a May runoff.

“Democratic voters need to hear that Laura Moser is not going to change Washington,” the group said on its website ahead of last Tuesday’s primary. “She is a Washington insider, who begrudgingly moved to Houston to run for Congress.”

When asked whether the lack of party unity could help Republicans in the upcoming primaries, House Minority Leader Pelosi said: “Welcome to the Democratic Party.”

“It is the most exhilarating thrill to be a leader in a party that has that kind of diversity of opinion,” Pelosi said Thursday. “It’s our strength. We’re not a rubber stamp. … It isn’t about some of the things that you talked about interparty. It’s a dynamic, but it certainly can work to our advantage. So I don’t see it as an obstacle, no.”

However, her sentiments were not echoed by Sen. Bernie Sanders, a Vermont Independent who caucuses with Democrats and ran for president in 2016. He lost in the primary to Hillary Clinton who appeared to have some advantages from the Democratic National Committee, according to leaked emails.

He told NBC News on Friday that the tactics by the Democratic Party are “unacceptable.”

While Sanders is campaigning in Texas this weekend, he has so-far been noncommittal about whether he will support Moser, who has support from Our Revolution, the political group continuing the so-called “Sanders Movement.”

Additionally, the long-serving senator told The Hill on Friday that he is staying out of the California Senate race in which his backers and parts of the party’s far left wing are leading efforts to deny Sen. Dianne Feinstein a sixth term.

De Leon, a favorite of the state party’s progressive wing, didn’t get the endorsement because neither he nor Feinstein got the required 60 percent of the vote.

However, the situation was another example of a divided party and a possible threat to Feinstein’s reelection bid, despite her having a double-digit primary lead over de Leon and millions more in campaign money.

The others backing first-time candidate Newman include New York Democratic Sen. Kirsten Gillibrand, and Illinois Democratic reps. Luis Gutierrez and Jan Schakowsky, who is part of the DCCC leadership team, while Pelosi is backing Lipinski.

In another example, so many Democrats have entered congressional primaries in Southern California, where the DCCC is trying to win several GOP-held seats en route to 24, that fears of splitting or diluting the vote has led to some candidates being asked to drop out, a source recently told Fox News.