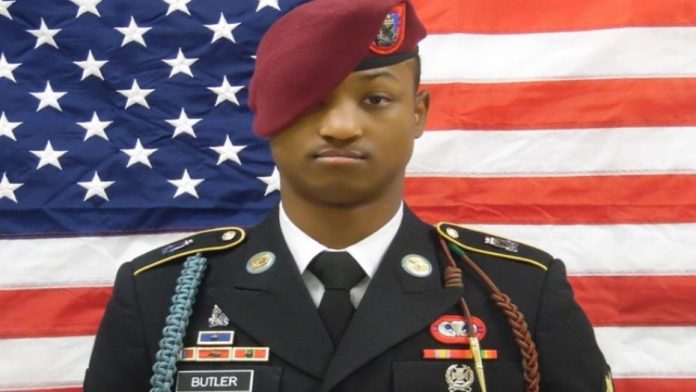 A United States paratrooper was found dead in his barracks at Fort Bragg, North Carolina on Saturday evening, the Army said.

The circumstances surrounding Butler’s death are under investigation, officials said.

“Carlton was a patriotic, energetic, and motivated young man, who – just recently – had been promoted up to a Gun Team Leader position in Bravo Company, a position he rightly earned,” Lt. Col. Graham White, commander of 2nd Battalion, 505th Parachute Infantry Regiment said in a Facebook post on Monday.

The Army said Butler joined the Army in June 2014 and was assigned to the 82nd Airborne Division in December of that same year.

It was not immediately clear the cause of death.

Butler is the second solider to die in Fort Bragg this month.

Sgt. Robert Thornton Jr., 29, of Cairo, Georgia, died on Nov. 14, after collapsing during physical training. Officials said Thornton’s cause of death is unknown and it is under investigation.