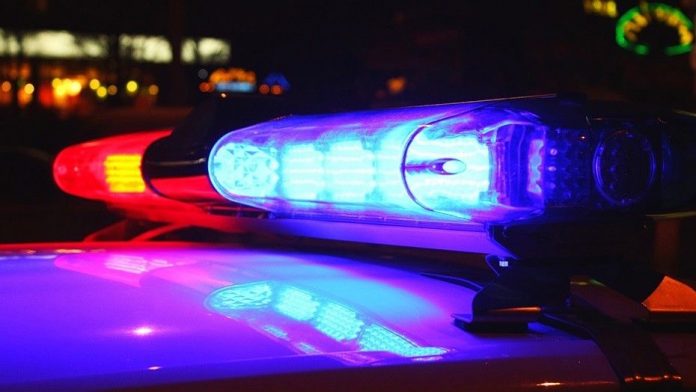 Two police officers were shot while responding to a call Friday night that a suspect had barricaded themselves inside a house.

The unidentified officers had responded to a report that someone was barricaded inside a house, the Merced Sun-Star reported.

Around 9:10 p.m. local time dispatchers received a call of an “officer down,” the Los Angeles Times reported.

About 75 officers from other agencies responded to the scene but could not immediately get the wounded officers to safety because the suspect was still active, a law enforcement source said.

Shortly before midnight Pomona police Chief Mike Olivieri confirmed that the two officers had been wounded by a suspect’s gunfire. By 1:35 a.m. Saturday, Oliveri tweeted that one officer was dead and the other was in stable condition.

News footage showed exchanges of gunfire while a wounded officer was on the pavement, receiving medical attention.

The two officers — both from the Pomona Police Department — were eventually taken to a hospital, the law enforcement source said.