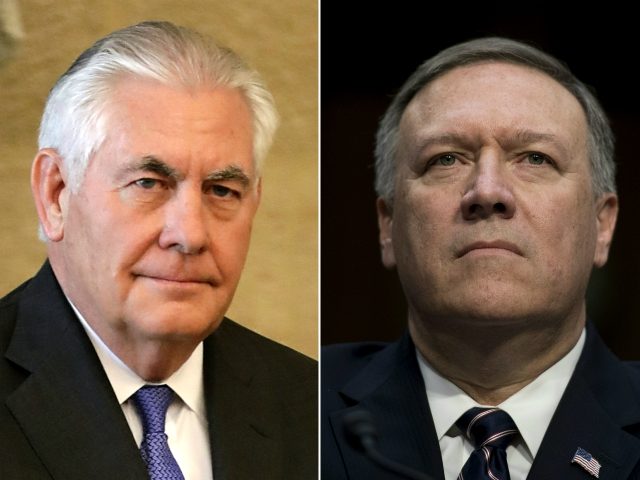 “Mike Pompeo, Director of the CIA, will become our new Secretary of State. He will do a fantastic job!” Trump wrote on Twitter. “Thank you to Rex Tillerson for his service!”

Pompeo has earned Trump’s trust as Director of the CIA and has been rumored to replace Tillerson for some time.

“I have gotten to know Mike very well over the past 14 months, and I am confident he is the right person for the job at this critical juncture,” Trump said in a statement issued by the White House. “He will continue our program of restoring America’s standing in the world, strengthening our alliances, confronting our adversaries, and seeking the denuclearization of the Korean Peninsula.”

Trump’s decision was sudden, as Tillerson does not appear to know why he was fired.

“The Secretary had every intention of staying because of the critical progress made in national security,” Under Secretary of State Steve Goldstein said in a statement. “The Secretary did not speak to the President and is unaware of the reason, but he is grateful for the opportunity to serve, and still believes strongly that public service is a noble calling.”

Tillerson just returned from a trip abroad to Chad and Nigeria, before cutting his trip short to refocus on North Korea.

“I want to thank Rex Tillerson for his service,” Trump said briefly in a statement. “A great deal has been accomplished over the last fourteen months, and I wish him and his family well.”

The White House said that Trump wanted a fresh approach to his administration’s diplomatic efforts, and wanted to have his team in place in time for negotiations with North Korea.