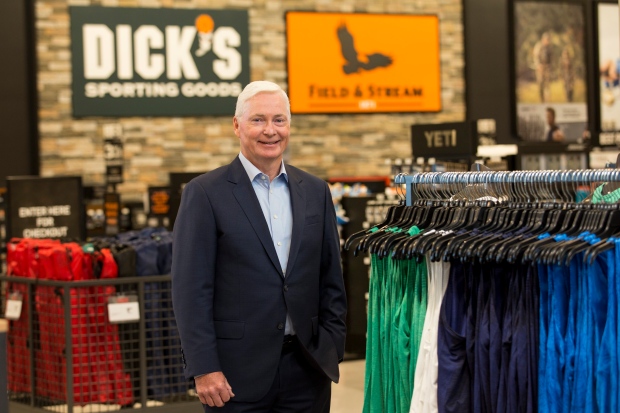 News that Dick’s Sporting Goods, one of the largest sporting goods retailers in the U.S., would stop selling assault-style rifles in response to the school shooting in Parkland, Fla., seemed to come surprisingly quickly.

How quickly? As Dick’s footwear salesperson La’Shawn Watson walked to work at her east Washington, D.C., location for her Wednesday 11 a.m. shift, she hadn’t yet heard her company was ending the sale of the military-grade semi-automatic weapons.

“Oh?” Watson said, when approached by reporters. “Why is that?”

The “why,” as Dick’s CEO Ed Stack articulated in a statement three hours earlier, was a direct response to the high-school massacre that left 17 dead in Parkland this month. Disturbed by yet another such tragedy to befall an American school, Stack had asked his sales team to find out whether any of his company’s 675 U.S. locations had sold a firearm to the gunman.

It had. Last November.

As Stack wrote: “It was not the gun, nor type of gun he used in the shooting. But it could have been.” The company tweeted:

We at DICK’S Sporting Goods are deeply disturbed and saddened by the tragic events in Parkland. Our thoughts and prayers are with all of the victims and their loved ones. https://t.co/J4OcB6XJnu pic.twitter.com/WmT50BO7mx

The corporate move to drop assault-style rifles, also known as “modern sporting rifles,” from all Dick’s stores as well as all 35 Field & Stream locations, was the kind of action Lori Haas has been waiting for from Congress for years.

Her daughter, Emily, survived being shot twice in the head in the 2011 Virginia Tech shooting that killed 32 and wounded 17 others.

Haas was aware that Dick’s had previously suspended the sale of assault-style firearms in 2012, following the Sandy Hook school shooting that year, but continued selling them at the company’s 35 Field & Stream locations.

This time, Dick’s is pulling the weapons from its shops for good.

“Imagine that. They’re willing to do something that our elected officials aren’t doing anything at all,” she said.

“Clearly, Dick’s is confident its customer base will understand we can address the gun violence problem by doing something to regulate the type of firepower and promise not everyone should have a gun.”

Assault-rifle owners outside a Dick’s store in northeast Washington shrugged off suggestions there might be any consumer backlash.

In the parking lot, Sherri Wheeler said she decided to support the retailer that morning upon hearing about the ban on selling assault rifles.

“I literally went out of my way to today — don’t need anything — just to buy something at Dick’s today. Just to show them that I support them,” Wheeler said.

She owns an AR-9 semi-automatic rifle, which she uses for sport and hobby shooting as a strong supporter of the Second Amendment. She also comes from a military bloodline and raised a son who is active duty in the navy. Even so, Wheeler doesn’t see why automatic-style rifles should be so widely available. 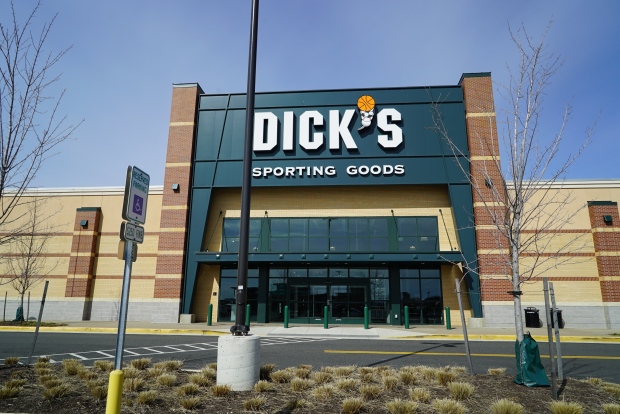 A Dick’s Sporting Goods location in northeast Washington, D.C. The sporting goods chain is ending the sale of assault-style rifles, as well as banning the sale of high-capacity magazines, and committing not to sell guns to people younger than 21. (Matt Kwong/CBC)

Troy Stenson, who owns an AR-15, supports banning the sale of the very weapon he uses for target shooting.

“It’s not something you necessarily need. I don’t think it’s the first step towards [ending] your Second Amendment rights,” he said.

Corporations under pressure by anti-gun activists have in recent days revoked discounts for NRA members. Those firms included rental car companies like Hertz and Avis, and airlines like Delta and United. But to Irv Schenkler, a clinical professor of management communication at New York University’s Stern School of Business, none of those companies had at stake what Dick’s does.

“It’s corporate identity and corporate image,” he said. “When Dick’s Sporting Goods does this, it’s very much linked to what their business is about … and a customer base that’s more closely aligned with NRA interests.”

Whether this represents an inflection point is hard to tell, though Schenkler said the company “has opened the door” for gun retailers to reconsider their policies.

“Walmart is a huge player in this field, and corporations don’t like to play catchup. They’d rather stay in line with what the trend is.”

Schenkler is watching what Cabela’s, a major Dick’s competitor that sells hunting and outdoor sporting gear, does next.

“They may decide to be hardcore and take the Dick’s customers from them and satisfy their market demands. It could go that way,” he said.

It’s not lost on him that the high-schoolers and millennials leading the discourse on gun control also represent potential future customers.

“The millenial generation has indicated they want employers to share social responsibility goals. They think companies should take a stand on things that mean something to them.” 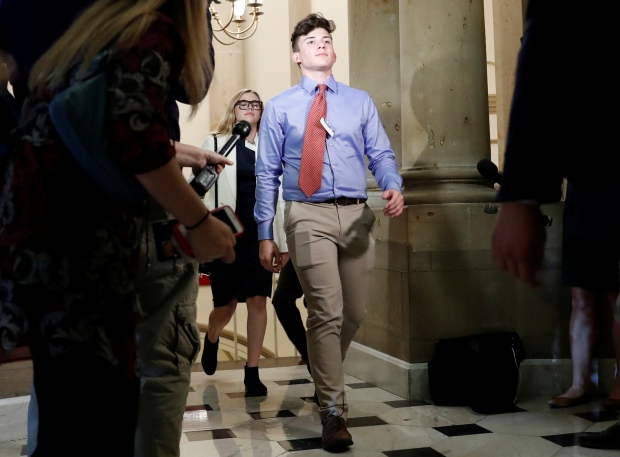 Marjory Stoneman Douglas High School shooting survivor Alfonso Calderon walks with other survivors in the U.S. Capitol on Tuesday. Calderon says the news about Dick’s ending the sale of assault-style rifles has been among the most uplifting developments following the shooting. (Leah Millis/Reuters)

Amid a dark period of shock, grief and anguished activism, one student who survived the Parkland shooting at Marjory Stoneman Douglas High School saw a faint spark of hope in the Dick’s announcement.

On his first day back to school since the shooting, Alfonso Calderon, a junior, told CNN about having to walk past armed guards and newly erected fences to get to his classes, and feeling like he was “choking” while being back on a campus that had become a scene of mass murder.

But his face brightened while talking about “common-sense gun laws” in light of the move by Dick’s.

“I must say, that is the most uplifting news I’ve heard in a while.” 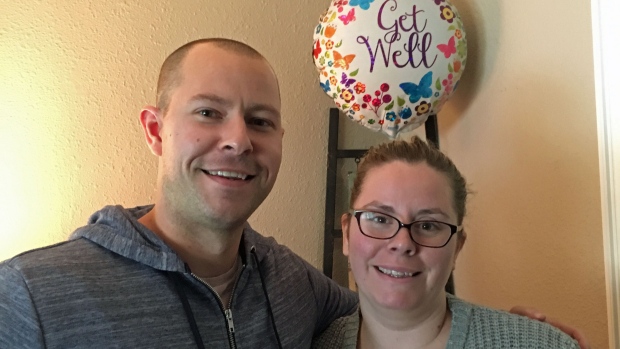 Zach Elmore stands with his sister, Alicia, a few weeks after she was wounded in last year’s shooting at a Las Vegas concert. Elmore is now a vocal gun-control activist who hopes the move by Dick’s to ban the sale of assault-style rifles will push U.S. legislators to enact stronger gun-control measures. (Zach Elmore)

“All of that stuff is little grains of sand on the scale that’s going to tip this in the right direction,” he said.

And if that means corporations, not Congress, end up taking charge?

“Somebody has to,” he said.