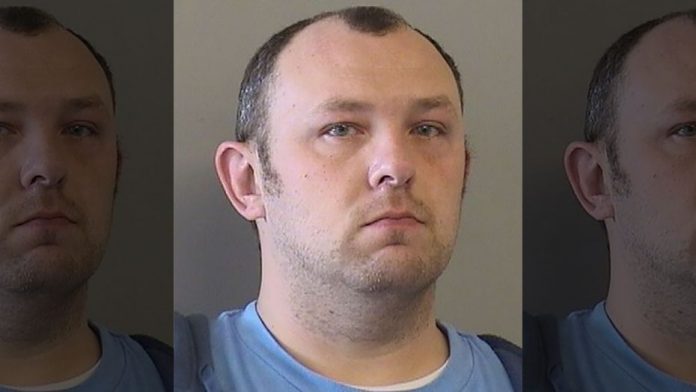 Jonathon Michael Davis, 34, was arrested in Tulsa, Okla., last week for allegedly faking his own kidnapping and extorting his wife and close friends for ransom money, police said.

An Oklahoma man was arrested at a Tulsa casino last week for allegedly faking his own kidnapping in order to collect ransom payments from his wife and friends, authorities said.

Jonathon Michael Davis, 34, of Owasso, had been missing for three days when his wife reported him missing, according to the Owasso Reporter. She said she had received text messages from her husband’s cellphone, purportedly from her husband’s captor, police told the newspaper.

The messages demanded that money be deposited into a PayPal account, the report said.

One message contained a photo of a broken finger and said that “they were going to continue breaking fingers until they pay,” Owasso police Deputy Chief Jason Woodruff told People magazine.

Officers then tracked Davis’ cellphone to the River Spirit Casino in Tulsa, where they found him gambling alone at a table — and carrying the cellphone used to send the ransom texts, police said.

“He wasn’t very good at this,” Woodruff told People. “I don’t know if he was thinking about it long term.”

“He wasn’t very good at this. I don’t know if he was thinking about it long term.”

Davis was arrested and charged March 1 with extortion and false reporting of a crime. He was scheduled to appear in court March 9.