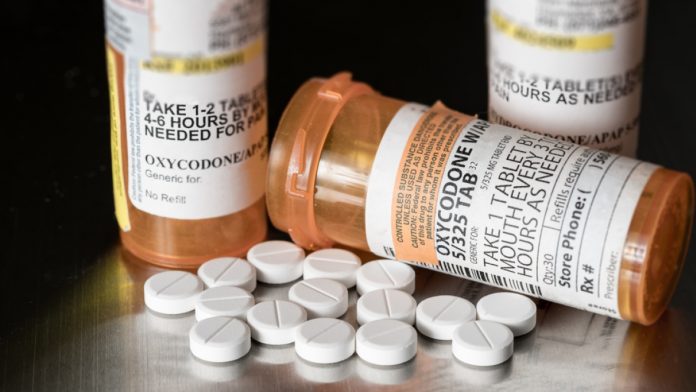 A growing number of state and local governments are suing drugmakers and distributors, seeking to hold them accountable for the opioid crisis.

Janssen spokesman Jessica Castles Smith said in an emailed statement: “The allegations in this lawsuit are both legally and factually unfounded.”

She said Janssen has acted responsibly regarding its opioid pain medications, which are approved by the U.S. Food and Drug Administration and carry FDA-mandated warnings on their labels about the drugs’ known risks.

Purdue, which makes Oxycontin, said in an emailed statement: “We share the attorney general’s concerns about the opioid crisis and we are committed to working collaboratively to find solutions.”

The suit, filed in Southern Ohio where addiction has hit hard, seeks damages for the money the state has spent on the fallout, DeWine said.

Opioid drugs, including prescription painkillers and heroin, killed more than 33,000 people in the United States in 2015, more than any year on record, according to the U.S. Centers for Disease Control and Prevention.

In Michigan, a new unit is prosecuting crimes involving heroin and other opioid-based drugs as the state confronts an overdose epidemic that claimed almost 2,000 lives in 2015, Attorney General Bill Schuette said Wednesday.

The four-person Opioid Trafficking and Interdiction Unit in Schuette’s office is designed to help local authorities target the supply of prescription drugs from dealers and doctors who are overprescribing. It was quietly launched in the fall and has netted six convictions. Fifteen other people are facing charges.

“It crosses the entire spectrum of our society. It really spares no one,” Schuette said of opioid abuse during the Detroit Regional Chamber’s Mackinac Policy Conference, where he was flanked by Genesee County Prosecutor David Leyton — his opponent in the 2010 election — and Schuette’s chief deputy Matthew Schneider.

“We are now reaching out on opioids, drug abuse cases. We’ve never done that before,” he said.

The unit cooperates with local, state and federal authorities and focuses on major cases that cross state or county lines and involve high volumes of heroin and other opioid-based drugs. The unit plans to use what Schneider said is an underutilized law that allows murder charges against people who deliver drugs that cause someone to die.