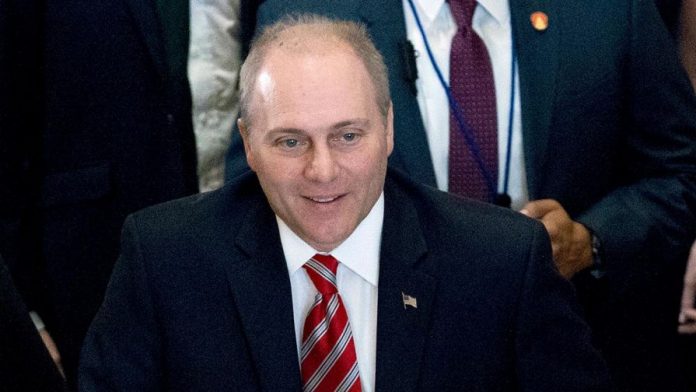 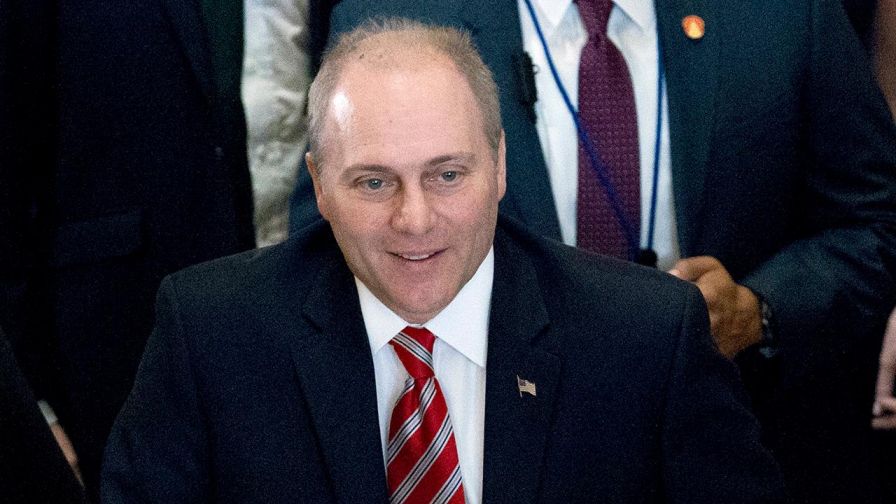 ALEXANDRIA, Va. –  Officers from the U.S. Capitol Police and Alexandria police department fired more than 40 rounds to subdue and eventually kill the man who shot and wounded Congressman Steve Scalise and others on a northern Virginia ballfield, a prosecutor’s report has found.

The report released Friday by Alexandria Commonwealth’s Attorney Bryan Porter concluded officers were justified in using lethal force to confront James Hodgkinson, 66, who wounded Scalise and four others, including a police officer, in June during a practice for a charity baseball game.

“This case did not present a close call,” Porter wrote. “To the contrary, not only were the actions of the agents and officers reasonable, they were obligatory in light of the overwhelming and determined force employed by the suspect.”

Hodgkinson fired at least 70 rounds, according to the report, including 62 from an SKS-style semi-automatic assault rifle. After Hodgkinson was first struck in the hip by an officer’s bullet, he dropped the rifle and fired another eight rounds from a handgun.

The report states that an Alexandria officer and a Capitol Police officer each fired shots that struck Hodgkinson. The report credits the officers for pinning Hodgkinson down and placing him in custody within 10 minutes of the initial shots.

Hodgkinson later died from his injuries.

According to the report, Hodgkinson first opened fire from outside the third-base dugout of the field at 7:06 a.m. Capitol Police Special Agent David Bailey, who was at the field with partner Crystal Griner to provide routine security for Scalise, returned fire from an area near the first-base dugout.

After Bailey fired about 10 rounds, Hodgkinson was forced to take cover behind a press box behind home plate. It was there he exchanged fire with Griner, who was shot in the ankle.

Alexandria officers then began arriving at the scene. Kevin Jobe was the first to arrive, at 7:12 a.m., three minutes after the first 911 call. Alexander Jensen and Nicole Battaglia arrived shortly thereafter.

Jensen, using a police-issued Bushmaster rifle, fired the first shot that hit Hodgkinson, striking him in the right hip. In all, Jensen fired three rifle shots at Jensen, striking him twice.

Bailey and Jobe, confronting Hodgkinson from a different angle than Jensen, also fired at the suspect. The report concludes that one of Bailey’s rounds struck Hodgkinson in the chest.

Jobe placed Hodgkinson in handcuffs at 7:15 a.m., and officers began efforts to resuscitate him.

The report does not delve into Hodgkinson’s motive, but notes that he was angered by the election of President Donald Trump and was a supporter of Democratic candidate Bernie Sanders. Before opening fire at the ballfield, he asked whether the congressional team that was practicing was Democratic or Republican.

Porter acknowledged in his report that the legitimacy of the officers’ use of lethal force was never really in doubt, but said it was still his duty to conduct a thorough investigation. He praised the officers’ response and said the two police agencies worked well in tandem.

“The agents and officers are the paradigm of what law-enforcement officers should be and are true stewards of the public trust,” he wrote.