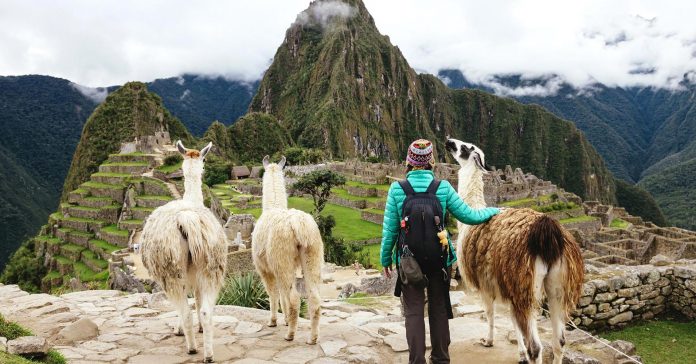 Located at the tip of South America, Colombia is where the Pacific and the Caribbean collide with the Andes and the Amazon. It’s a country that is more beautiful, dramatic, and diverse than nearly any other. It offers sparkling colonial cities in the highlands and world-famous resorts along the Caribbean.

What’s more, Colombia boasts beautiful areas where the cost of living is the lowest you’ll find anywhere in South America.

Florida-native Aaron Brabham, lives in Medellín. He rents a 1,625-square-foot, three-story penthouse apartment in the trendy, tranquil Provenza area for less than $2,000 a month. The third floor has a guest bedroom and a deck, with a private Jacuzzi, that looks out over the city.

“The apartment came fully furnished, right down to the towels and silverware,” he says. “This apartment would rent for close to $10,000 a month in San Diego, California, or South Beach, Florida—and that’s if you could even find something like it.”

It’s not just rent that’s affordable. Aaron lives a pampered lifestyle for significantly less than it would cost back in the U.S. “I have had a chef prepare five gourmet meals per week. He did the shopping for the ingredients, came to my home to cook the meals, and cleaned up afterwards. All this for about $50 per week,” he says. Keeping his large penthouse clean and tidy doesn’t break the bank, either. “I have a maid come twice a week. She cleans, does the laundry and ironing, and runs any errands I ask, for only $15 per day.”

According to International Living Colombia Correspondent Nancy Kiernan, if you plan on moving to Colombia, you can “count on spending at least $1,300 a month for two people if you own your property; and $2,200 per month if you’re renting an apartment.

“I live in Medellín for 60% less than I did back in Maine. The inexpensive, fresh produce is amazing. Not only can I get a week´s worth of fruits and vegetables for about $10, it is locally grown, so it is fresher and has fewer preservatives. A trip to the beauty salon is a bargain. I get a color, cut and blow dry for my shoulder-length hair and a manicure/pedicure for only $40—tip included. There is no need to have a car in Medellín. An average taxi ride is about $4, a bus ride is 60 cents, and the above-ground Metro system charges only 80 cents a ride.”

Whether you are looking for a sophisticated and modern urban scene, or a sleepy Caribbean beachside town, Colombia has so much to offer expats, with many taking advantage of the inexpensive properties and a colorful and rich culture.

Eric Myers, 55, lives in one of the more upscale trendy neighborhoods of Medellín. “My cost of living in Medellín is less than half of what it was in Florida. I rent an air-conditioned, fully furnished studio apartment for $900 per month—all utilities and WiFi included.”

Joe Hogue lives in the quiet upper-middle class neighborhood of Estadio. He says, “my rent for a huge three-bedroom, four-bathroom, 1,235-square-foot unfurnished apartment is only $300 a month. And all utilities: electric, gas, water, cable internet, and home phone are only $90 a month.”

Ed and Cheryl Thibodeau live 5,000 feet up in the Colombian Andes, near Lago Calima, the largest man-made lake in Colombia. They have the perfect balance of work and leisure, allowing them to enjoy their retirement and fund it, too. On the foothills, next to the lake, they built, from scratch, their home and boutique resort.

“We originally bought our business in Florida intending to sell it in five to 10 years to fund our retirement. After five years of owning the business, we began looking at places to retire within the States. We wanted to settle down someplace where we could indulge our love for kite-surfing. But many of the areas in the U.S. were too expensive for us. So we began to look abroad. In 2011, our good friend and kiteboard instructor introduced us to Lago Calima.

“We loved the weather, the kiting, the rural wilderness setting, and the low cost of living. We sold our business back home in 2014, and by July of that year, we permanently relocated to a little two-bedroom, 500-square-foot apartment in Darién, the small town closest to our current property. The apartment cost about $120 a month. We lived there for an entire year, until our home was built next to the lake.