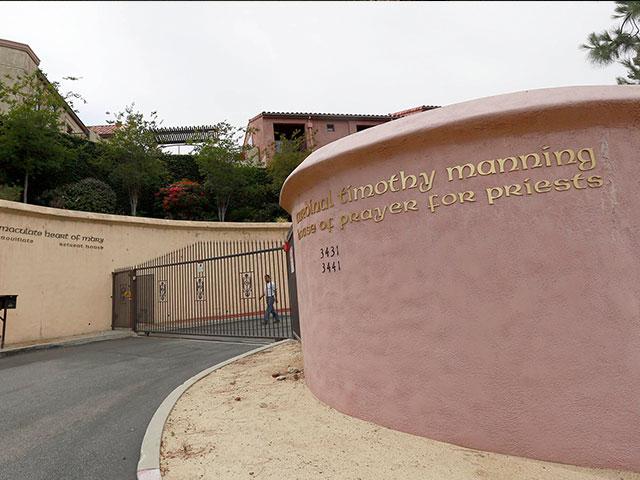 A property dispute involving a group of Los Angeles nuns and pop star Katy Perry took a deadly turn Friday after one of the nuns died during a court proceeding.

Sister Catherine Rose Holzman, 89, spoke to Stephanie Stanton’s Fox 11 just hours before her death in a last ditch effort to save her convent from being sold to Perry.

“Katy Perry, please stop,” the nun said during the interview. “Please stop trying to buy the Sisters of the Immaculate Heart of Mary’s convent.”

The Archdiocese of Los Angeles tried selling the property to Katy Perry after the convent’s few remaining nuns vacated it several years ago. However, the nuns wanted to sell the property to Dana Hollister, who planned on turning the convent into a boutique hotel.

“We asked her to save us, to buy the property. She had nothing to do with forcing herself on us,” Holzman told Fox 11.

Yet, the nuns believe the property is theirs and say they have official documentation to prove it.

“You have stolen the property of the Sisters of the Immaculate Heart. Please Archbishop, do what is right in your heart,” Sister Rita Callanan told Fox 11. “We own the property, which was stolen. And I’m sorry but I can’t sit back and let that happen.”

The sisters also claim their convent is under direct control of the Vatican and the Archdiocese had no right to sell it.

“We have an agreement with Rome. It’s in writing and it says if there are any disputes they are to be settled in Rome,” said Callanan.

The nuns are now appealing to the Pope himself to help them get their convent back. Meanwhile, before collapsing and dying during a court proceeding related to the case, Sister Holzman made one last plea to Katy Perry.

“Please stop. It’s not doing anyone any good except hurting a lot of people,” she told Fox 11.

CBN News has reached out the Archdiocese of Los Angeles for further comment and has yet to receive a response.