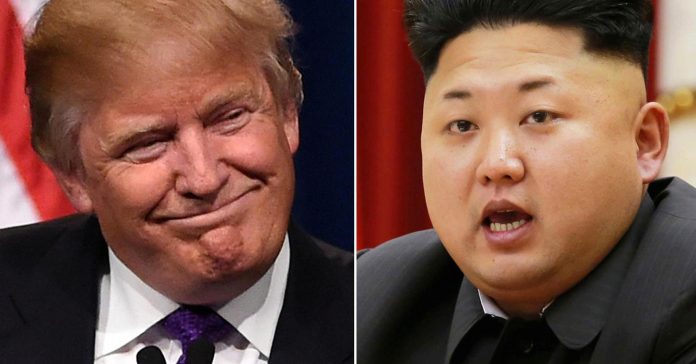 “Kim pledged that North Korea will refrain from any further nuclear or missile tests. He understands that the routine joint military exercises in the Republic of Korea and the United States must continue,” Chung added.

” President Trump appreciated the briefing and said he would meet him to achieve permanent denuclearization.”

The announcement of the invitation comes hours after South Korean envoys met with U.S. officials at the White House to discuss an unprecedented meeting with North Korean leader Kim Jong Un.

Secretary of State Rex Tillerson, who is currently in Ethiopia, said South Korea has kept the U.S. “well informed” but noted that Washington was “a long ways from negotiations” with Pyongyang.

“We just need to be very clear-eyed and realistic about it,” Tillerson added.

Tillerson’s remarks follow South Korea’s announcement earlier Tuesday that North Korea would be willing to hold talks with the United States on denuclearization and will suspend nuclear tests while those talks are underway.

“All efforts in the past have failed and have simply bought North Korea time to achieve what they want to achieve,” Director of National Intelligence Dan Coats told the Senate Armed Services Committee on Tuesday. “Maybe this is a breakthrough. I seriously doubt it.”

In his opening remarks at the Senate on Tuesday, Ashley said the North Korean leader “shows no interest in walking away from his nuclear or ballistic missile programs.” He added that Kim has “pressed his nation down a path to develop nuclear weapons and deliver them with ballistic missiles that can reach South Korea, Japan, Guam and the United States.”

And so, the only nation to have pulled off the unwelcome feat of testing nuclear weapons this century has been very busy developing its arsenal of missiles in 2017.

Reacting to the news of possible negotiations with North Korea, President Donald Trump tweeted that the world is “watching and waiting” for the rogue nation’s next move.

for the latest on the markets.