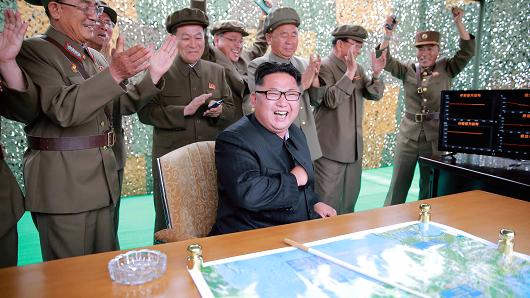 Under third-generation North Korean leader Kim Jong Un, the reclusive state has conducted its most powerful nuclear test, launched its first-ever intercontinental ballistic missile and threatened to send missiles into the waters near Guam.

Since 2011, Kim has fired more than 85 missiles and four nuclear weapons tests, which is more than what his father Kim Jong-Il and grandfather Kim Il-Sung launched over a period of 27 years.

And while it remains to be seen whether the unprecedented summit between President Donald Trump and Kim Jong Un will actually take place, it is clear that North Korea, the only nation to have tested nuclear weapons this century, has been very busy perfecting its missile arsenal.

Starting with the most recent, here is a look at North Korea’s defiant rocket launches in 2017, which often provoked angry responses from Trump: