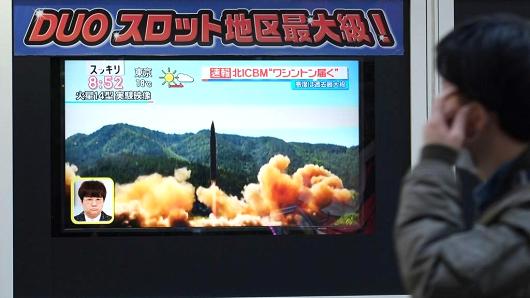 A pedestrian walks in front of a television screen displaying file news footage of a North Korean missile launch, in Tokyo on November 29, 2017

The ICBM launch, ordered by leader Kim Jong Un, was a success and is the most powerful missile so far, state media said. It added that the nation’s missile program will not threaten any country as long as they do not infringe on North Korea’s sovereignty.