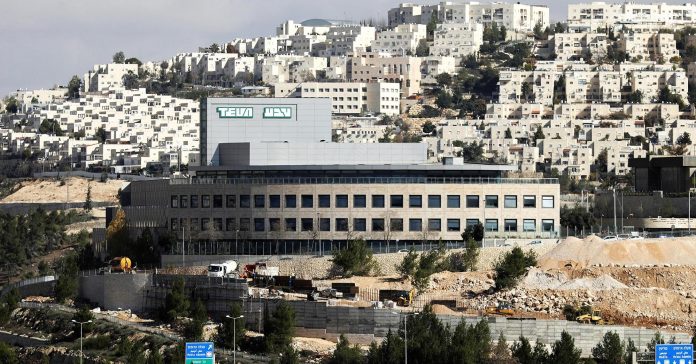 To the rest of the world, Teva Pharmaceutical Industries is simply one of the world’s biggest makers of generic drugs. In Israel, it is the corporate version of a national celebrity.

The first homegrown, global success story and one of Israel’s largest employers, Teva is both a source of pride and a symbol of the country’s financial ambitions. Its place in the Israeli public’s imagination is similar to the one General Motors, in its heyday, occupied in America — but in a nation with a population about the size of New York City’s. The company’s shares are owned by so many pension funds that it is known informally as the people’s stock.

Today, many of those people are furious. Management missteps and tectonic shifts in the pharmaceutical business have battered Teva, which faces declining prices for generic drugs and the loss of a patent on a major branded drug. More than $20 billion has been shorn from the company’s market capitalization since 2017 began, cutting Teva’s value roughly in half.

More from The New York Times:
Teva Pharmaceuticals to cut 25% of jobs in huge reshaping
How big tech is going after your health care
Freed from the iPhone, the Apple Watch finds a medical purpose

Everyone in Israel knew that layoffs and plant closings were coming, but what was expected was something akin to painful trims. Instead, on Dec. 14, Teva announced what amounted to an amputation.

Roughly 14,000 jobs will be slashed, about one-fourth of the company’s worldwide work force, with 1,700 of those jobs based in Israel. Manufacturing plants will close and parts of the company will be sold. Bonuses were canceled and the stock’s dividend was suspended.

About the only positive reaction to this news came from investors, who sent Teva shares up about 14 percent. Prime Minister Benjamin Netanyahu said in a statement that he would urge the company to “retain its Israeli identity,” words that seemed to mollify no one.

Three days after Teva’s announcement, some workers burned tires outside a Teva plant while others tied up rush-hour traffic with street protests. It went beyond workers, with people across the country taking part in a half-day strike that closed banks, government institutions, the stock exchange and Ben Gurion International Airport near Tel Aviv.

Teva employees continued to protest for days. “There is uncertainty, fear,” said Lital Nahum, a 25-year-old lab worker who was sitting on a wall outside a Teva plant in Jerusalem last week, as two dozen other striking workers milled around. “Nobody thought it would come to this.”

With domestic plants targeted for closing, many people argued that Teva factories in India and Ireland should be closed before any in Israel. Mr. Netanyahu agreed and said that the government would use “various means at our disposal” to urge the company to keep its plants in Jerusalem open.

Mr. Netanyahu did not specify what those means might be, but a guilt trip appeared to be his only weapon. Teva has enjoyed tax breaks and subsidies worth nearly $6 billion over the past decade.

Whatever approach Mr. Netanyahu used, it did not work. A meeting on Dec. 19 with Kare Schultz, Teva’s recently hired chief executive, yielded little more than a curt statement from the prime minister’s office announcing plans for studying ways to provide fired workers with training and to help them find new jobs.

Mr. Schultz, in a statement of his own, sounded like a man ready to carry out the unhappy task he had been hired to perform. “Unfortunately, Teva is unable to consent to the request of the prime minister and ministers and avoid the closure of the plant in Jerusalem,” he said in the statement. He described this and other measures as “painful but absolutely vital,” and he added that it was “designed solely to achieve our shared aspirations to sustain Teva as a strong global company, managed out of and based in Israel.”

This is a crushing moment for a company that has been the pride of Israel for decades. Its origins date to 1901, when its predecessor opened in Jerusalem as a drug wholesaler, distributing products throughout the area on camels and donkeys.

Teva went public in 1951 on the Tel Aviv Stock Exchange. Its biggest break came in 1967, when Israel passed a law allowing domestic manufacturers to make clones of drugs produced by foreign pharmaceutical companies. Many of those companies had ceased doing business in the country in response to the Arab boycott. Teva gained expertise in producing copycat drugs and its revenue soared.

“I used to say that we should thank God for bringing us the Arab boycott,” Eli Hurvitz, who retired as Teva’s chief executive in 2002 after more than 25 years at the helm, said in 2004. “Without it, our company wouldn’t exist.”

Through aggressive expansion, Mr. Hurvitz built Teva into the world’s largest producer of generic drugs. By the time he died in 2011, one in six prescriptions in the United States — for arthritis, diabetes, epilepsy, high blood pressure and the list goes on — were Teva drugs.

A businessman and a Zionist, Mr. Hurvitz built factories in economically distressed parts of Israel, hoping to employ citizens in need. He insisted that Teva’s soul and brain remain in Israel, even as the company built factories and hired thousands of workers around the world.

The company has edged away from having an Israeli-centric identity, in ways small and large. Mr. Schultz, the new chief executive, is Danish, and although he is not the first foreigner to hold the job, he is the first non-Jew. This has led to some grumbling among Teva employees, who believe that he lacks an emotional stake in the country.

But several pharmaceutical experts have applauded his arrival. They say that his track record at Novo Nordisk, the drug company based in Denmark where he spent much of his career, is impressive, and that an unsentimental eye is precisely what Teva needs.

“He’s very blunt and direct and that works very well in Israel,” said Ronny Gal, an analyst at Sanford Bernstein. “But cuts are just a way to balance the books, not a long-term strategy. So there will be a long process of recovery. I expect twists and turns for years to come.”

Teva’s most immediate problem is its $35 billion debt. The company is so squeezed for cash that it might have to renegotiate deals with banks and even bond holders, said Sabina Levy, the head of research at Leader Capital Markets, an Israeli brokerage.

“There are not a lot of other things the company can do right now,” she said. “They can’t bring another growth driver into the company in a short period of time. And they don’t have the cash to buy a growth driver. The only thing they can do is cut costs.”

Some high-profile pundits in Israel have inveighed against Teva’s leadership, blaming greed and hubris for the company’s predicament. But even detractors acknowledge the challenges facing the generic-drug market. Prices have been on a downward trend since 2010, mostly because retail chains have combined with pharmacy-benefit managers and drug wholesalers, creating buying giants with vastly enhanced bargaining power.

There is also a significant threat to Teva’s balance sheet that has been looming for years. The company sells a branded drug that it patented called Copaxone, which treats multiple sclerosis. A huge success, Copaxone has provided as much as 40 percent of Teva’s operating profit in some years.

Copaxone went off patent this year and generic-drug makers are now producing their own versions, eroding Teva’s profits. This may be the essence of turnabout as fair play, given that Teva has been cashing in on expiring patents for decades.

Teva’s management anticipated the patent and pricing issues well in advance, and decided that the company should buy its way out of the problem through major acquisitions. Several of those deals are now considered disasters, none moreso than the $40.5 billion acquisition of Actavis from Allergan, a rival generic-drug maker, in July 2015.

At the time, a former Teva chief executive, Jeremy Levin, described it as a great deal — for Allergan. He and others believed that given the continuing decline in generic prices, Teva had vastly overpaid for the acquisition. Other critics have long said that pursuing market share in the generic-drug business was a mistake.

“Israel is a high-cost country compared to China and India and in the end commodity competition isn’t for us,” said Benny Landa, an industrialist and outspoken Teva shareholder. “What Israel is outstanding at is innovation, science, creativity, developing new things — specialty drugs which have high margins.”

For now, Teva executives have little choice but to manage the fallout from a restructuring plan that is intended to save $3 billion by 2019.

In an industrial section of Jerusalem this week, a sign on the locked gates at a Teva plant declared, “With great sorrow and heartfelt pain we announce the passing of Teva Jerusalem, of blessed memory.” A large banner proclaimed the support for Teva from the fans of the popular Beitar Jerusalem soccer team.

“The former management made bad decisions and the chain reaction led to the collapse here,” said Aharon Cohen, 33, a machine operator for the past four years, who was protesting last Wednesday. “Of course it’s a betrayal. There are married couples working here, people have loans and mortgages.”