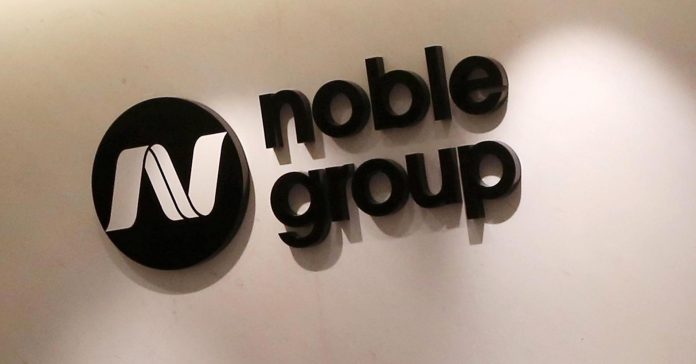 Commodities trader Noble Group said it has finalised a binding agreement with a group of senior creditors holding 46 percent of its debt, and was in talks with others, on a restructuring
deal crucial to its survival.

Noble said in a statement on Wednesday that its Restructuring Support Agreement (RSA) had been signed by creditors known as the Ad Hoc Group. Noble is also seeking support from its senior creditor, Deutsche Bank and trade finance provider, ING Bank.

The trader said Deutsche Bank had signed the RSA, and ING Bank was in the process of seeking credit approval to sign it. Together, both represent a further 4 percent of Noble’s claims.

Noble said the Ad Hoc Group was also in contact with other senior creditors who were holding an additional 15 percent of claims and had indicated their broad support for the deal.

Embattled Noble has been negotiating a $3.4 billion debt-for-equity swap — crucial to its survival — after selling billions of dollars of assets, taking hefty writedowns and cutting hundreds of jobs over the past three years.

The Hong Kong-headquartered firm, which reported a $4.9 billion loss for 2017, also said on Monday that it had opted not to pay the coupon on a $750 million bond which was due last week. Noble has a $379 million bond that matures on March 20.

— CNBC contributed reporting to this article.