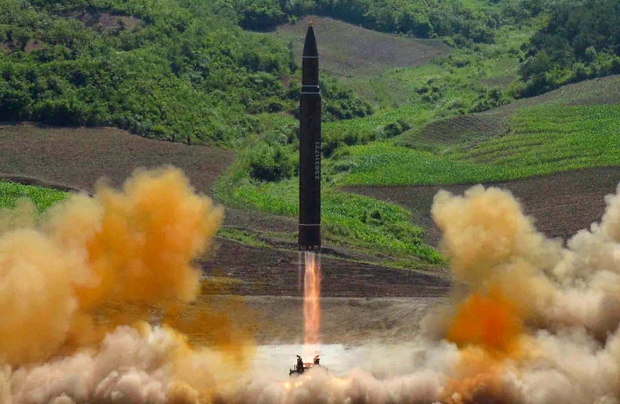 Trump administration officials said Sunday there will be no more conditions imposed on North Korea before a first-ever meeting of the two nations’ leaders, beyond the North’s promise not to resume nuclear testing and missile flights or publicly criticize U.S.-South Korean military exercises.

The officials’ comments followed the surprise announcement last week that President Donald Trump has agreed to meet the North’s Kim Jong-un by May.

“This potential meeting has been agreed to, there are no additional conditions being stipulated, but, again they — they cannot engage in missile testing, they cannot engage in nuclear testing and they can’t publicly object to the U.S.-South Korea planned military exercises,” deputy White House spokesperson Raj Shah said.

Treasury Secretary Steven Mnuchin said the summit would give Trump a chance “to sit down and see if he can cut a deal” with Kim over the North’s nuclear program. “The president has been very clear in what the objective is here. And that is to get rid of nuclear weapons on the [Korean] peninsula,” Mnuchin said.

The administration officials credited toughened economic sanctions imposed by the United Nations, and pushed by the United States, with helping bring Kim to the brink of negotiations.

This July 4, 2017, file photo distributed by the North Korean government shows what was said to be the launch of a Hwasong-14 intercontinental ballistic missile, ICBM, in North Korea. (Korean Central News Agency/Korea News Service via AP)

But some members of Congress said they worry that Trump acted impulsively in agreeing to meet with Kim, before negotiators for both countries had a chance to set some goals the leaders could agree to.

“But the important thing is the diplomatic work that has to go in before such a meeting. A meeting like that would be kind of an afterthought after things are negotiated. Here it looks as if, you know, that’s kind of the opening gambit. And that’s a little worrisome,” said Republican Sen. Jeff Flake., a frequent Trump critic.

The U.S. and South Korea hold military manoeuvres every year. They were postponed during the recent Winter Olympics in Pyeongchang. They are expected to be held in April, but no official announcement has been made about when they will take place. In an interview en route to the Middle East, Defence Secretary Jim Mattis declined to discuss the timing and scale of the exercises.

Mattis wouldn’t talk at all about the diplomatic push over North Korea’s nuclear program. “When you get in a position like this, the potential for misunderstanding remains very high,” he said. 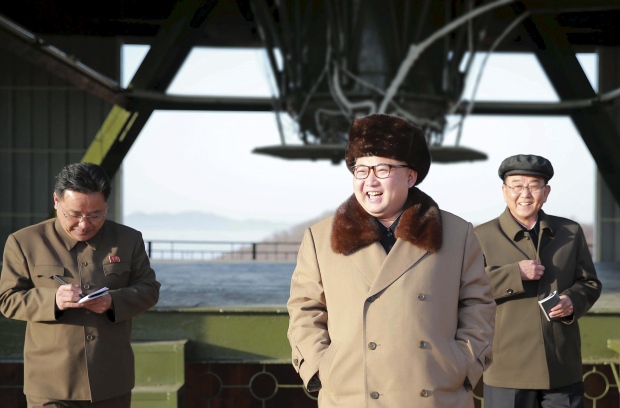 Kim smiles as he visits Sohae Space Centre in Cholsan County, North Pyongan province for the testing of a new engine for an ICBM in this undated photo released by North Korea’s Korean Central News Agency (KCNA) on April 9, 2016. (KCNA via Reuters)

Mattis was among the advisers in the White House on Thursday when Trump decided to accept Kim’s offer to meet. The offer was relayed to Trump by a South Korean government delegation that briefed the president on their meeting with Kim last week in North Korea’s capital.

Trump said Saturday that he believes North Korea will abide by its pledge to suspend missile tests while he prepares for the summit. He noted in a tweet that North Korea has refrained from such tests since November and said Kim “has promised not to do so through our meetings.”

“I believe they will honour that commitment,” the president said.

Later, at a political rally in Pennsylvania, when Trump mentioned Kim’s name, the crowd booed. But Trump responded: “No, it’s very positive … no, after the meeting you may do that, but now we have to be very nice because let’s see what happens. Let’s see what happens.”

Flake and Mnuchin spoke on NBC’s Meet the Press. Shah was on ABC’s This Week.