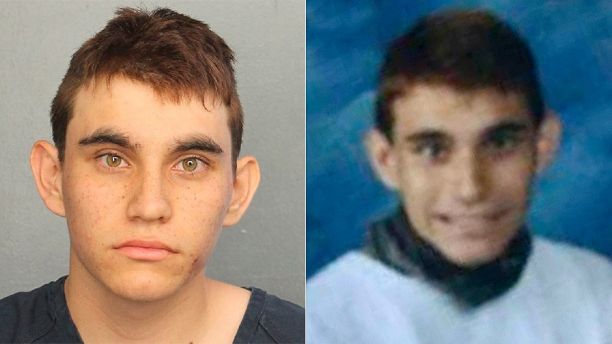 An alleged gunman accused of killing at least 17 people when he opened fire at a Florida high school, sending panicked students running into the streets to flee the bloodbath, was charged Thursday with 17 counts of premeditated murder, officials said.

Nikolas Cruz, 19, arrived at Broward County Jail early Thursday morning after federal and local investigators questioned him for hours. The 19-year-old, who was a former student at Marjory Stoneman Douglas High School, was taken into custody “without incident” Wednesday by Coconut Creek police in a Coral Springs neighborhood, located just a few miles from the high school itself.

Nikolas Cruz was booked into Broward County Jail on 17 counts of premeditated murder. On the right is his yearbook picture.

Police said Cruz, who was identified as the only possible gunman, was taken to the hospital earlier because he “exhibited labored breathing.”

The motive behind the massacre was not immediately clear. Lawmakers and officials suggested the shooting may have been planned. Police said they are planning a 10:30 a.m. Thursday news conference. Cruz is also expected to make his first court appeared on 12:30 p.m.

Marjory Stoneman Douglas High School will be closed on Thursday and Friday.

Students at Marjory Stoneman Douglas High School in Parkland thought they were having another fire drill when they heard shots fired. Cruz — equipped with a gas mask, smoke grenades and multiple magazines of ammunition — fired his AR-15 rifle as students and faculty barricaded themselves in classrooms. Other people ran into the streets as they heard “pop, pop, pop” in the background.

Noah Parness, 17, told the Associated Press the fire alarm went off for the second time in the day at around 2:30 p.m. Parness said students were calmly filing out of the school when he suddenly heard several gunshots.

“Everyone was kind of just standing there calm, and then we saw a bunch of teachers running down the stairway, and then everybody shifted and broke into a sprint,” Parness said. “I hopped a fence.” 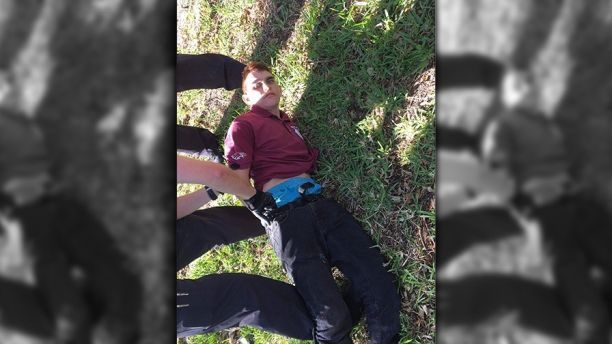 An unidentified student described the gruesome scene in an interview with Fox News.

“The police came through the hallway to get us and in the hallway, I saw a big pile of blood, like, kind of smeared as if they were dragged away, and I saw two girls probably dead in the hallway,” she said. “And then, coming down the stairs, there was some more blood and outside the building there was another guy – I think it was a teacher – who was, [I’m] pretty sure was dead.”

“Everyone was kind of just standing there calm, and then we saw a bunch of teachers running down the stairway, and then everybody shifted and broke into a sprint.”

Cruz later concealed himself in the crowd of students and teachers running out of the high school, authorities said. The 19-year-old was then taken into custody without a fight.

TRUMP: ‘SO MANY SIGNS’ FLORIDA SHOOTING SUSPECT WAS ‘MENTALLY DISTURBED’

Aaron Feis, a beloved football coach at the high school, was the first of the 17 people killed to be identified. Marjory Stoneman Douglas High School football team posted on Twitter that Feis “shielded students from the shooter” when he was struck with a bullet.

“He was our Assistant Football Coach and security guard. He selflessly shielded students from the shooter when he was shot. He died a hero and he will forever be in our hearts and memories,” the tweet said.

Of the 17 people killed, 12 of them died in the school, two were killed outside and another was pronounced dead on the street. Two people died in the hospital, police said. Another 15 people were taken to the hospital. 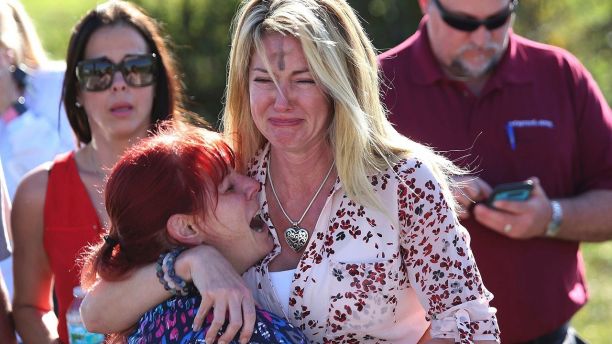 Parents wait for news after a reports of a shooting at Marjory Stoneman Douglas High School in Parkland, Fla., on Wednesday, Feb. 14, 2018.

Details about Cruz’s troubled past began to unravel in the hours after the deadly shooting. His classmates described him as a “loner” and “that weird kid that you see at school.” Cruz’s adoptive mother Lynda Cruz died of pneumonia on Nov. 1, family and friends told the Sun Sentinel on Wednesday. Cruz’s adoptive father also died of a heart attack years ago.

Cruz was also expelled from the high school. Victoria Olvera, a 17-year-old junior at the school, said Cruz was expelled last school year because he got into a fight with his ex-girlfriend’s new boyfriend. Olvera said he had been abusive to his girlfriend.

Cruz was also described as having an “obsessive interest in weapons,” according to the Miami Herald. One teacher said Cruz was banned from entering campus with a backpack, the newspaper reported. 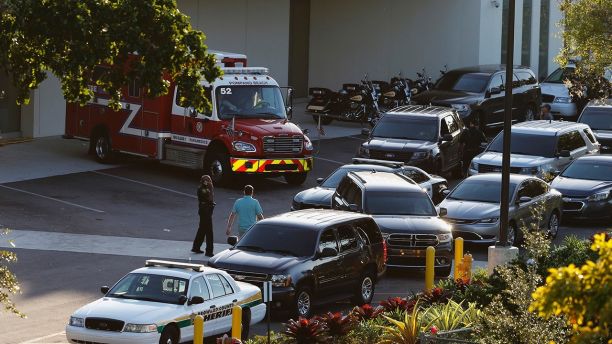 “All he would talk about is guns, knives and hunting,” Joshua Charo, 16, a former classmate, told the Herald. “I can’t say I was shocked. From past experiences, he seemed like the kind of kid who would do something like this.”

President Trump tweeted on Thursday about the alleged gunman: “So many signs that the Florida shooter was mentally disturbed, even expelled from school for bad and erratic behavior. Neighbors and classmates knew he was a big problem. Must always report such instances to authorities, again and again!”

The Parkland shooting is the nation’s deadliest school shooting since the Sandy Hook Elementary School shooting in Newtown, Conn. A 20-year-old gunman opened fire at the elementary school on De. 14, 2012, killing 20 first-graders and six staff members.