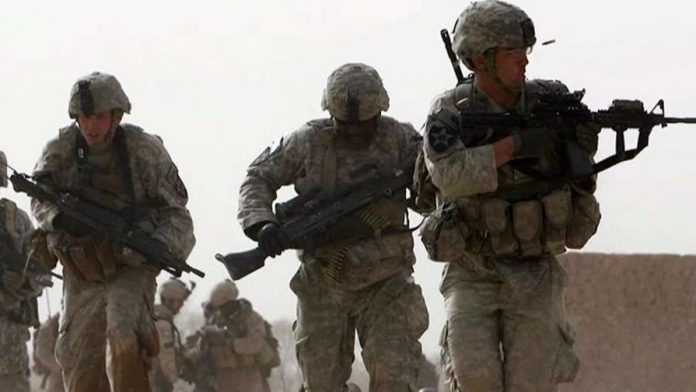 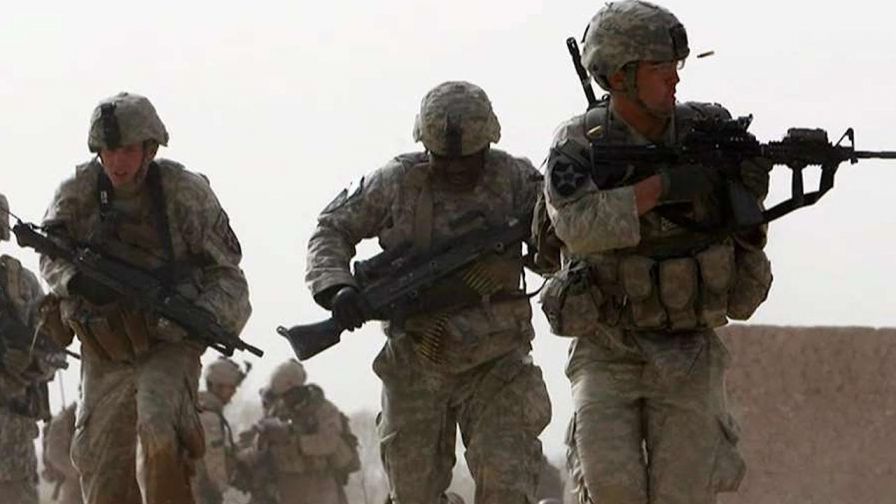 Sens. Kaine and Flake are offering an amendment to the National Defense Authorization Act, which would allow Congress to set parameters on geography and add time limits to military action; Mike Emanuel explains on ‘Special Report’

The Niger attack that left four American soldiers dead has refueled an old debate among lawmakers and congressional scholars – what should Congress do about the Authorization for Use of Military Force?

During a hearing on Monday before the Senate Foreign Relations Committee, Secretary of State Rex Tillerson and Defense Secretary James Mattis told Senate lawmakers that the U.S. needs the authority to deploy troops oversees to fight terror.

What is AUMF, and why was it created?

The resolution, in part, allows for the president to use “all necessary and appropriate forces against” the terrorists who committed or aided in the 9/11 attacks – particularly, against Al Qaeda and the Taliban.

Another resolution authorizing military force was okayed by Congress in 2002 pertaining to Iraq.

Why is it relevant now?

AUMF originally authorized the president to use military force on specific terrorist organizations, but it’s been misused over the years by both Obama and President Trump to fight other terrorist groups around the world, Jimmy Gurulé, a Notre Dame law professor, told Fox News.

“It’s pretty obvious just from the text that it was in response to the 9/11 attacks and intended to authorize the president to use force and kill the persons responsible for the terror attacks,” Gurulé said. “Here we are 16 years after the authorization was passed by Congress.”

Multiple lawmakers have expressed desire to review the broad war authority resolution after the Niger ambush which left questions as to why U.S. troops are in the African country.

“For 16 years, Congress has remained largely silent on this issue, allowing administrations to go to war anywhere, anytime,” Sen. Tim Kaine, D-Va., said. “A new AUMF is not only legally necessary, it would also send an important message of resolve to the American public and our troops that we stand behind them in their mission.”

Who is to blame for its misuse?

Although multiple presidents have used AUMF for unintended purposes, both the executive and legislative branches are to blame, Gurulé said.

“There have been repeated efforts to get Congress to adopt a new resolution focused on ISIS, but for many reasons Congress can’t come to an agreement on what the scope of the new AUMF should be,” he said, citing arguments over the type of force, temporal limitations and geographical boundaries.

AUMF AGAINST ISIS, AL QAEDA INTRODUCED IN THE SENATE

The House Appropriations Committee did vote to strike the 2001 AUMF in June but the repeal was eventually removed from the defense appropriations bill later that month.

And Sen. Rand Paul’s, R-Ky., bill to sunset the AUMFs was scuttled in September.

Gurulé also criticized lawmakers who weren’t in Congress in 2001, and therefore haven’t wanted to revisit the resolution.

What happened in the hearing?

Speaking to the committee, Mattis and Tillerson said if Congress does pursue a new authorization for foes such as Islamic State terrorists, it’s imperative the existing law not be rescinded until a new one is fully in place.

Tillerson and Mattis also said that any new war authorization, like the existing one, should not have any geographic or time restrictions so as not to tip the enemy off.

“Though a statement of continued congressional support would be welcome, a new (war authorization) is not legally required to address the continuing threat posed by Al Qaeda, the Taliban and ISIS,” Mattis said.

Doing away with existing laws prematurely “could only signal to our enemies and our friends that we are backing away from this fight,” he continued.

What else has been done about AUMF?

Earlier this year, Sens. Kaine and Jeff Flake, R-Ariz., introduced a new AUMF that would specifically authorize military use against Al Qaeda, the Taliban and ISIS. It also adds a five-year sunset clause to the AUMF.

“It’s our constitutional duty in Congress to authorize military action, yet we’ve stood silent as administrations have stretched the 2001 AUMF far beyond its original purpose,” Kaine said.

And along with passing a new AUMF, Kaine said Congress needs to hold “hearings on our military footprint, in tandem to the written notifications we get on troop deployments, so it’s clear what we’re asking of our servicemembers across the globe.”