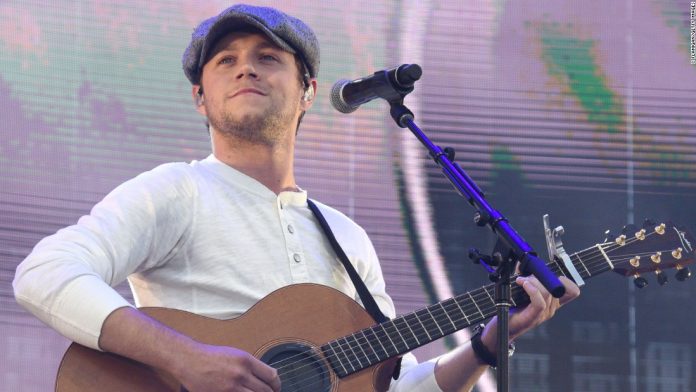 *NSYNC – *NSYNC members Lance Bass, Chris Kirkpatrick, Justin Timberlake, JC Chasez and Joey Fatone struck gold in the United States with “I Want You Back” in 1998. Before they broke up in 2002, the group established a mega fan base with songs like “No Strings Attached” and “Bye, Bye, Bye.” Although they’re not together anymore, *NSYNC is as popular as ever; you should’ve heard the shrieking their reunion at the 2013 MTV Video Music Awards caused.

Backstreet Boys – In 1996, the Backstreet Boys released their debut album, “Backstreet’s Back.” “Millennium,” “Black & Blue,” “Never Gone,” “Unbreakable” and “This Is Us” followed. After parting with the group years ago, Kevin Richardson (second from left) rejoined A.J. McLean, Howie Dorough, Nick Carter and Brian Littrell. In March, they confirmed that they would be doing a limited Vegas residency as well as a new album and tour. Here are some other boy bands to scream over.

5 Seconds of Summer – Luke Hemmings, Michael Clifford, Calum Hood and Ashton Irwin met in the Western Sydney suburbs and played their first gig as 5 Seconds of Summer at a Sydney hotel in 2011. They grew their fan base by posting videos on YouTube, and soon enough, they were opening for One Direction. Their self-titled debut album was released in 2014 and debuted at No. 1 on the U.S. Billboard chart.

Westlife – Though they never made it big in the U.S., boy band Westlife was a huge hit in their native Ireland. They’d sold more than 50 million copies of their albums worldwide by the time they disbanded in 2012.

Boyzone – Sometimes considered the original Irish boy band, Boyzone was founded in 1993 and won many BRIT and Europe Music Awards.

New Kids on the Block – Danny Wood, Donnie Wahlberg, Jordan Knight, Joey McIntyre and Jonathan Knight of New Kids on the Block perform live in 2008. The group, which rose to superstardom in the late ’80s and early ’90s, reunited for 2008’s “The Block” and 2011’s “NKOTBSB” with the Backstreet Boys. The Kids released their box set “10” in 2013.

Hanson – Isaac, Taylor and Zac Hanson of Hanson perform in 2001. The brothers became superstars with their 1997 album “Middle of Nowhere” thanks to a little earworm called “MMMBop.”

The Wanted – The Wanted released their self-titled debut album in 2010, and by 2012 their song “Glad You Came” was inescapable. Jay McGuiness, Nathan Sykes, Max George, Siva Kaneswaran and Tom Parker, here after receiving a 2013 People’s Choice award, are repped by Justin Bieber’s manager Scooter Braun, so they know a thing or two about heartthrobbing. The group has appeared on TV in the E! reality show “The Wanted Life,” and their album “Word of Mouth” was released in September 2013.

Menudo – Menudo performs in 2008. Originally formed in the ’70s, they helped launch Ricky Martin’s career. The boy band has had many members over the years.

The Boys – The Boys released three albums between 1988 and 1992. “Dial My Heart” was the debut single from brothers Khiry, Hakim, Tajh and Bilal Abdulsamad.

O-Town – Erik-Michael Estrada, Jacob Underwood, Trevor Penick, Dan Miller and Ashley Parker Angel of the group O-Town perform in 2002. The group, which came to be thanks to the first season of MTV’s “Making the Band,” is perhaps best known for the single “Liquid Dreams” in 2000.

LFO – Lyte Funky Ones, also known as LFO, released their first album in 1999. Made up of Rich Cronin, Devin Lima and Brad Fischetti, the boy band referenced New Kids on the Block and gave a shout out to girls who wear Abercrombie & Fitch on their single “Summer Girls.”

The Monkees – Davy Jones, Peter Tork, Mickey Dolenz and Michael Nesmith of The Monkees, the band created for the 1960s TV series of the same name, won the hearts of fans with hits like “I’m a Believer,” “Pleasant Valley Sunday” and “Daydream Believer.”