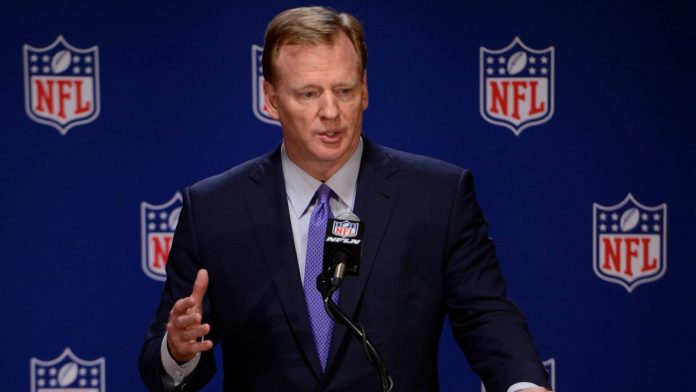 A year after the NFL pledged $100 million US in support of independent medical research and engineering advancements, a huge chunk of that soon will be awarded to such research, primarily dedicated to neuroscience.

A Scientific Advisory Board assembled by the NFL is set to launch its program to solicit and evaluate research proposals for funding. The board, comprised of independent experts, doctors, scientists and clinicians, and chaired by retired U.S. Army General Peter Chiarelli, will provide direction for the $40 million allocated under the league’s initiative.

“Prevention should always be a focus,” Chiarelli says. “Nevertheless, the development of biologically based diagnostics is critical for return-to-play decisions for the NFL, and return to combat/training for the armed forces. Imagine if you had a handheld analyzer that with a single drop could determine whether a player or a soldier had a concussion — and determine the severity of that injury.”

The NFL has an ongoing affiliation with the armed forces, and in April partnered with the U.S. Army Medical Research and Material Command on a three-year venture to collaborate on head health research and development.

As always in this era of CTE concerns, any sports-oriented medical studies must be all-encompassing. Developing improved tools for research and design is front and centre, as the league’s scientific advisory board is seeking to be, with significant financial outlay.

CTE (chronic traumatic encephalopathy) can cause memory loss, depression, violent mood swings and other cognitive and behavioural issues in those exposed to repetitive head trauma.

“There have been significant learnings in recent years that have changed the way we look at traumatic brain injury, notably CTE,” says Dr. Allen Sills, who came aboard this year as the league’s chief medical officer. “I agree with many medical experts that there are still a lot of unanswered questions relating to the cause, incidence and prevalence of CTE. But what is clear is that there’s a problem that impacts some athletes in sports like ours, others possibly, too, and we are eager to see CTE research move forward and begin to assemble more pieces of the puzzle.

“The NFL has a responsibility to do everything it can to make the game safer and drive research that advances treatment and prevention and, as we make advances, share them with the broader sports world. Most of the issues we face in the NFL are sport issues, and beyond that they are society issues.”

A year out from Commissioner Roger Goodell’s pledge to “look at anything and everything to protect our players and make the game safer,” one of the areas receiving concentrated attention by the league is developing equipment that provides even more specific and enhanced feedback on improving safety in football. Helmets, shoulder pads and other pads, and footwear all have seen improvements, but there’s much more to be done.

The league has embarked on what it calls “The Engineering Roadmap,” a $60 million program designed to improve head protection equipment.

“This is a comprehensive and dedicated plan intended to spur innovation and significantly improve head protection for NFL players in three to five years,” explains Dr. Jeffrey Crandall, director of the University of Virginia’s Center for Applied Biomechanics and chair of the NFL’s head, neck and spine engineering subcommittee.

The program is managed in collaboration with NFL Players Association’s engineering consultants, Dr. Kristy Arbogast, co-scientific director of the Center for Injury Research and Prevention at Children’s Hospital of Philadelphia, and Dr. Barry Myers, director of innovation at Duke University’s Clinical and Translational Science Institute.

“A key component of the engineering roadmap is to accurately measure the motion and acceleration the head experiences during play in the NFL by player position, to give design direction for protective equipment,” Arbogast says. “To date, we have been doing that via video reconstructions and injury event recreations using crash test dummies. These approaches are incredibly time intensive and, by design, focus on ‘events’ that must be subjectively selected from game film or injury reports.”

Of note is a focus on sensors that can determine all sorts of data to help enhance safety. The league and the players’ union are working to develop novel sensor technology capable of accurately recording the motion of the head during impact in varying game conditions and positions. The plan is for the NFL, when the technology is ready, to offer mouth guards instrumented with such sensors to players to measure their impact response.

“This athlete exposure data will inform the testing of protective equipment so that future helmet test methodologies and design evolution are relevant to what is actually experienced on the field,” Arbogast says.

With a recent study into brain trauma revealing significant numbers of former NFL players among those examined suffering from CTE, the emphasis on injury prevention of all kinds must be paramount.

That means pushing hard on all fronts, particularly equipment innovation and testing.

Crandall sees the engineering roadmap as the correct, well, road to take.

“Beyond the particular outcome of the roadmap,” he says, “we will develop an improved understanding of the types and severity of impacts players experience on-field through video analysis and sensors that will be available to examine a broader array of medical and engineering questions.”

With, hopefully, benefits for every level of football — and for other sports.