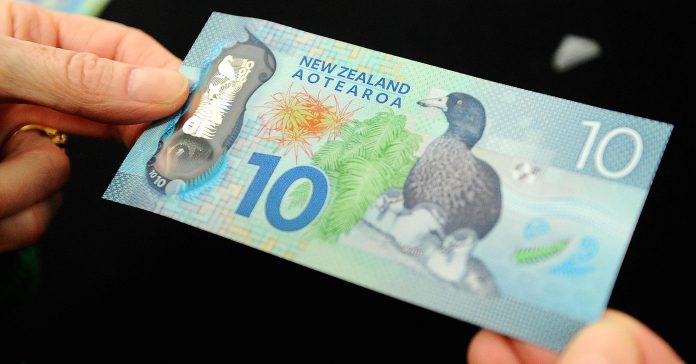 Policymakers have long grappled with strong demand for the New Zealand dollar, often driven by its yield appeal, with the main concern being that rapid rises could hurt exporters’ margins and temper import-driven inflation.

“The appreciation in the exchange rate has been a headwind for the tradables sector and, by reducing already weak tradables inflation, made it more difficult to reach the Bank’s inflation
goals,” Wheeler said in a speech reflecting on this five-year term as governor before he steps down on Sept. 26.

“He reiterated that a lower New Zealand dollar is needed, that was enough to spook the market,” said Doug Steel, senior economist at BNZ.

Trade has picked up pace over the past few months, thanks to a rebound in the price of dairy —New Zealand’s main export earner. However, as the economy has slowed in the last
quarter, policy makers have been keen to temper the currency’s strength lest it undermines the trade sector.

The RBNZ is also concerned about keeping inflation moving towards the top-end of its medium term target of 1-3 percent. Annual inflation is currently running at 1.7 percent.

The kiwi is poised for its worst monthly fall since January 2016, fueled in part by the central bank’s ramped-up rhetoric over recent weeks for a lower currency.