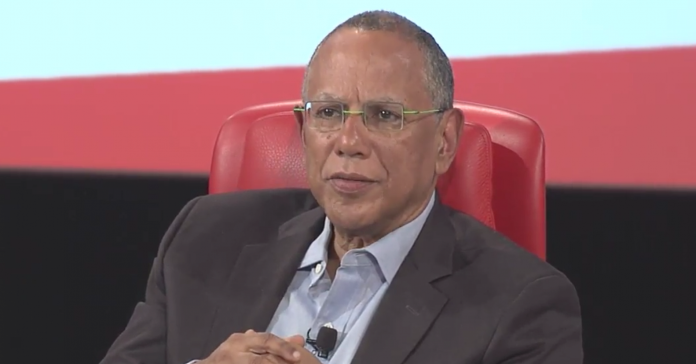 In order to for the New York Times to reach executive editor Dean Baquet’s goal of being as widely read as possible, the storied newspaper has to embrace new methods of reporting.

“I have got to get rid of the things that keep readers from being able to understand us and relate to us, and hold on to things that protect the mission,” Baquet said during a panel at Code Conference in Rancho Palos Verdes, CA, on Tuesday.

It may mean a story is told in tweets instead of a traditionally written article, Baquet explained. He pointed to terrorism reporter Rukmini Callimachi tweeting her thoughts on a speech given by former President Barack Obama as a faster, more efficient way to get a story out.

“People like Rukmini are inventing a new kind of journalistic writing,” Baquet explained. “I think it’s easier to reach people. It’s certainly journalistic, and it’s certainly timely. It follows all the rules, and it’s not opinion.”

As local papers shrink staffs, it’s more important to spread the scope of the New York Times, Baquet said. It includes allowing more people to read the paper despite the paywall, and moving more reporters to other parts of the country.

“Most of the press misunderstood the anger and anti-elitism that drove Donald Trump to power,” he said.

It also means Baquet is open to accepting money from for-profit organizations in order to fund reporting, as long as the reason is not political. For example, the New York Times is working with the New Orleans Times-Picayune on several environment-themed features, paid for by an unnamed company Baquet insists had no hidden agenda besides wanting more stories on the subject.

He also defended the hire of Bret Stevens, a conservative journalist who is known for his anti-climate change views. Baquet said Stevens doesn’t deny climate change is happening, but believes people have become too fanatical about climate change as if it were a religion. It’s important to point out contrarian views to the New York Times readership, he said.

“The left as a rule doesn’t want to hear thoughtful disagreement,” he pointed out.

And, reporters have to look at new sources for stories. The entire Washington bureau of 50 to 60 journalists are on notice to cover President Donald Trump’s tweets.

“He’s the President of the United States,” Baquet said. Even if it’s his late night thoughts or early morning thoughts, they’re his thoughts. It would be irresponsible to say, ‘This one feels really weird. I’m not going to cover it.'”