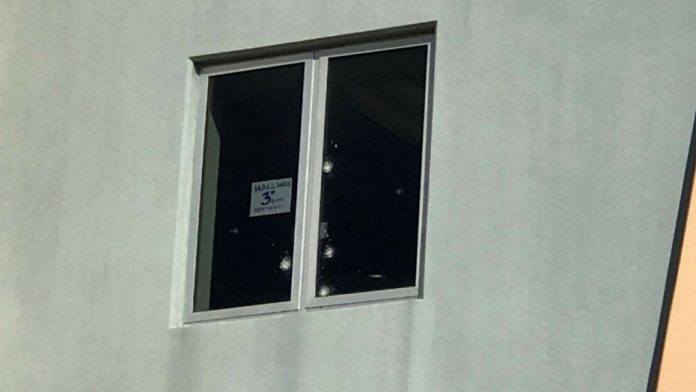 Pictures appear to show that the accused Parkland school shooter, Nikolas Cruz, may have been trying to shoot out a window on a higher floor of the building.

Pictures obtained by Fox News appear to show that the accused Marjory Stoneman Douglas High School shooter, Nikolas Cruz, tried to shoot out a window on a higher floor of the school in an attempt to fire down at the people below. Had he succeeded, there could have been a dramatic increase in the number of deaths and injuries.

One picture, which looks to have been taken while the campus remained an active crime scene, shows what looks like bullet holes in a high-floor window of the school.

One law enforcement source says the bullets appear to have been fired from inside the building.

Two law enforcement sources tell Fox News that deputies and investigators on the scene discussed how it appeared that the suspect’s efforts to establish that higher vantage poiint were thwarted by the school’s use of hurricane-resistant windows. 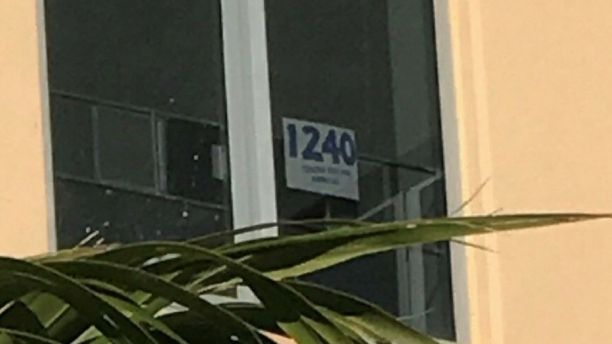 One law enforcement source said the bullets appear to have been fired from inside.

A third source, who was on the campus after the shooting and has close ties to the investigation, told Fox News: “What you are looking at is the third-floor teachers lounge, which faces west, Cruz was trying to shoot those windows out from the inside, creating a perch so he could act like a sniper — little did he know, those windows are hurricane windows and they won’t shatter. Had he been able to get those shot out, who knows how many more people would’ve died, because he would’ve had sight to a wide-open courtyard where the other buildings funnel.”

Another picture appears to show boxes of evidence with biohazard labels on them.

”By the looks of it, the ones with orange biohazard are anything from that day in the school that has blood or bodily matter on them; the rest is probably anything that was left behind that was unclaimed or evidence from the school shooting,” a law enforcement source who reviewed the pictures told Fox News.

Investigators kept the school closed for days after the Valentine’s Day shooting, when 17 people were killed and 16 others injured. 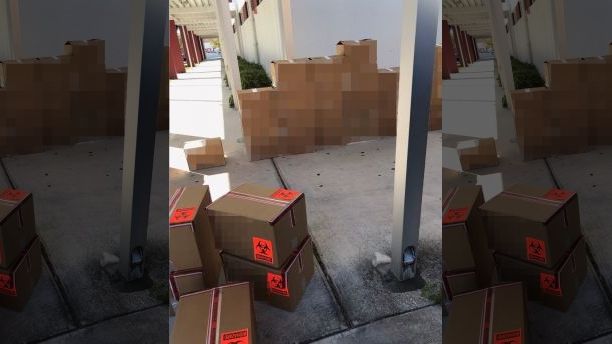 Image shows boxes of anything left from in the school on the day of the shooting.

Teachers and students officially returned to campus for half-day classes two weeks after the shooting.

The Parkland Public Schools tells Fox News it has made plans to tear down Building 12, which is where the shooting unfolded. A spokesperson for the school says the district has suggested it will cost $28.5 million to tear down and replace the school. The plan would require state funding and lawmakers’ approval.

Matt Finn is a Fox News correspondent based in the Chicago bureau. Follow him on Twitter: @MattFinnFNC