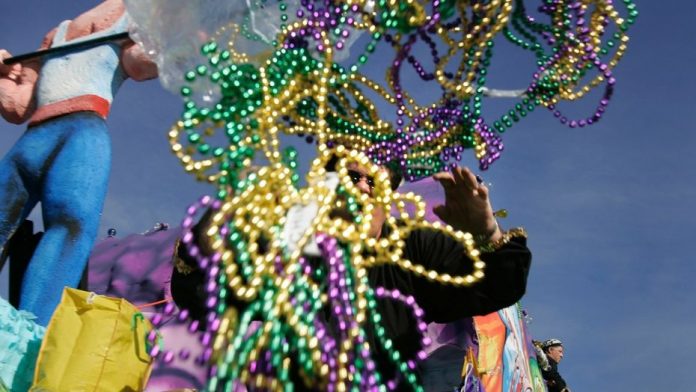 File – A parade rider throws out handfuls of beads during a Mardi Gras parade.

Ever wonder what happens to Mardi Gras beads when the party’s over?

Since September, New Orleans cleaning crews have vacuumed 93,000 pounds of beads from the city’s storm drains, officials said this week.

The beads — traditionally tossed between balconies and the street during the annual pre-Lent festivities — were collected from 15,000 clogged catch basins along just five blocks of the yearly parade route on downtown St. Charles Avenue.

The beads were just part of a total 7.2 million pounds of debris that included leaves, mud and sludge, the Times-Picayune reported. 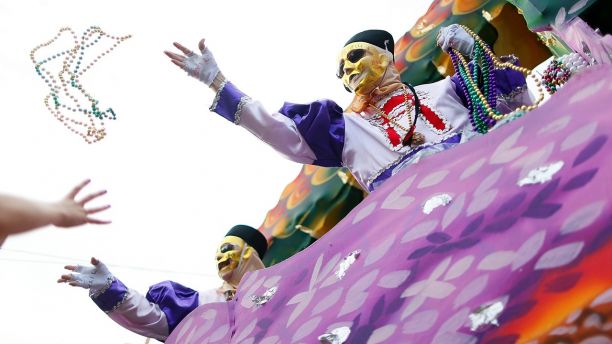 “This is a staggering number,” Dani Galloway, the city’s interim director of public works, said Thursday at a news conference. “So we’ve got to do better.”

The $22 million mass removal project came in response to last summer’s heavy flooding across the city. An Aug. 5 storm caused residents to question city’s drainage methods after 6 inches of rain led to street flooding that filled up underpasses, Reuters reported.

Galloway has called on New Orleans residents to step up in their neighborhoods and help clear the clogged drains.

“We need to take better care of our storm drains,” Brenda Lomax-Brown, president of the Hollygrove-Dixon Neighborhood Association, told the Times-Picayune. “It is so important.”

This year, Mardi Gras will be celebrated Feb. 13.