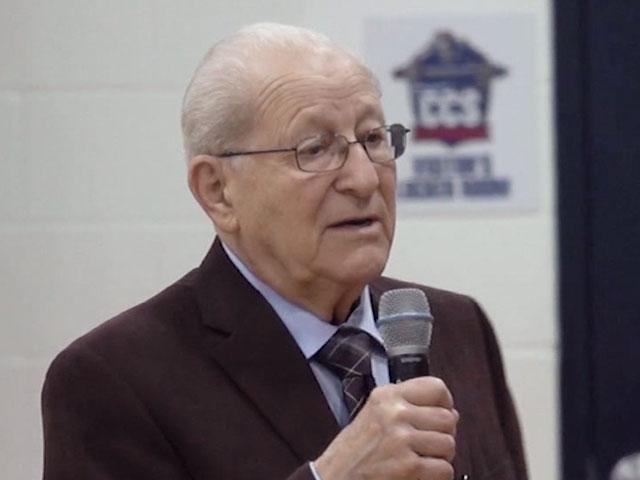 In 1945, there were more than three million Jewish survivors of the Holocaust. Today, that number has dwindled to less than 100,000.

At age 88, Irving Roth is one of them, and he still speaks out to audiences around the world about the horrors of the Holocaust, and warns that we must prevent such evil from ever happening again.

Irving Roth was born in Kosice, Czechoslovakia on September 2, 1929 and landed in New York Harbor in 1947 via Auschwitz and Buchenwald. The memories of the Nazi death camps never faded and he devotes his time and efforts to educating young and old on the horrors of the Holocaust and the evils of prejudice and anti-Semitism.

Mr. Roth is the Director of the Holocaust Resource Center – Temple Judea of Manhasset and an Adjunct Professor at the University of Maine. He is a recognized speaker on anti-Semitism and the Holocaust and is a frequent lecturer at colleges and universities in the United States, Canada and Europe. As a Holocaust survivor, he provides personal testimony on his experiences during WWII.

Mr. Roth received the Spirit of Anne Frank Outstanding Citizen Award from the Anne Frank Center USA for promoting human rights, social justice and for conceiving, developing and initiating the Adopt a Survivor program. This program has been instituted nationally and internationally in public and parochial high schools and colleges. Mr. Roth edited and coordinated the publishing of a book titled Adopt a Survivor – An Antidote to Holocaust Amnesia.

He and his son, Rabbi Dr. Edward S. Roth, co-authored and published Bondi’s Brother, a book about his experiences before, during and after the Holocaust. They also published a Holocaust Study Guide for Social Studies and Language Arts Teachers which encompasses a complete curriculum on the Holocaust and is taught in conjunction with Bondi’s Brother in elementary, middle and high schools as well as colleges. Bondi’s Brother has been translated into Hungarian and Hebrew. Mr. Roth presented “papers” at Yad Vashem in Jerusalem, The Scholars Conference on the Holocaust and the Churches, CAJE (Conference on Alternatives in Jewish Education) and Facing History and Ourselves. He is the recipient of numerous awards for his work in Holocaust education and community service.

Mr. Roth is a frequent speaker for Christians United for Israel (CUFI)  chapters on college campuses all over the United States.