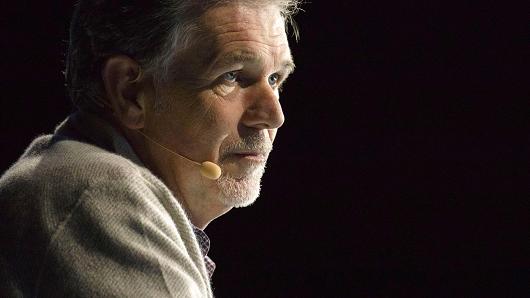 Netflix is in the early stages of developing a news show similar to CBS’s “60 Minutes” and ABC’s “20/20,” MarketWatch reported.

The media streaming company is planning a weekly current affairs show “encompassing both sides of the political divide” as it continues its expansion into both the satirical and the serious sides of news coverage, according to a television executive who spoke to MarketWatch on the condition of anonymity.

Netflix has invested heavily in current affairs this year, signing up comedians like David Letterman and Hasan Minhaj to present lifestyle coverage and satire. The New York Times on Thursday reported Netflix was in advanced negotiations with former President Barack Obama for a series of high profile shows to share inspiring stories.

Despite its interest, Netflix is well aware of the potential pitfalls of news, particularly that “most new current affairs shows underwhelm and are expensive,” the source told MarketWatch, adding that Netflix would want the show to be “economically viable.”

Netflix did not immediately respond to CNBC’s request for comment.

Read more about Netflix on MarketWatch.