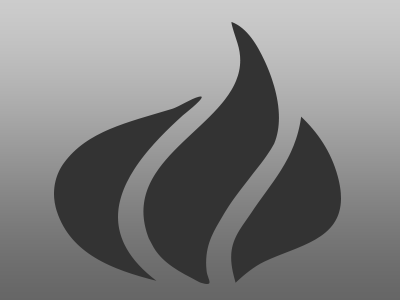 Navy seaman Chris Daugherty returned home after a six month deployment to a big surprise from his wife, Natasha – one that she hid behind a large welcome home sign.

After greeting his three other children he looked at his pregnant wife.

Natasha says she found out she was pregnant a week after he left.

“I took the pregnancy test again and I was like, ‘Oh no way.’ I was excited about it and I emailed him and I told him to call me as soon as he gets a chance but then I thought about it for a few minutes and I was like, ‘You know, this isn’t how I want to tell him – in an email.’ I emailed him back and said, ‘I just miss your voice.’ That’s when I decided I’m going to document it with weekly belly pictures for him so he wouldn’t miss it.”

Natasha says her heart was racing before she dropped the sign and unveiled her big belly.

“I stood back and let the kids run to him. I hung back for a minute, and then he reached into me to give me a hug and then I dropped it. He just stood there in shock. He didn’t know what was going on.”

She says keeping her pregnancy a secret was the hardest thing she ever had to do.

“I wanted to share the excitement and joy with him about getting a fourth baby. He definitely wasn’t expecting it,” she said. “Being pregnant is such a fun experience and not being able to share it with him it was really hard. I was working the whole time and taking care of the kids so I had to push through everything.”

When it came to pictures on social media, Natasha says she had to get creative to hide her stomach.

“I would always use the kids to cover my belly,” she said. “My best friend always does Snapchats and she would put emojis in front of it just in case to throw him off.”

Daugherty says he was surprised his wife was able to keep her pregnancy a secret.

“I can’t believe she was able to keep the secret for as long as she did because we tell each other everything so I know it was really hard for her,” he said.

“I’m sure every day she wanted to just tell me but I’m really happy she waited because it was an awesome homecoming surprise and we got to find out the gender together the day after I got home,” he added.

The couple will welcome a baby girl on August 31.

“I was extremely happy with the news because we both wanted a fourth child and since it is our last I was happy she did something memorable and fun,” Daugherty said.

“It was everything I hoped for. His reaction was the best,” Natasha added.

For more, check out these other military stories here:

This Network Is Helping Military Spouses Say ‘We Can Do It’

Military Wife Hopes for the Impossible After Shooting